The terminal in Sevastopol was sold to a Russian 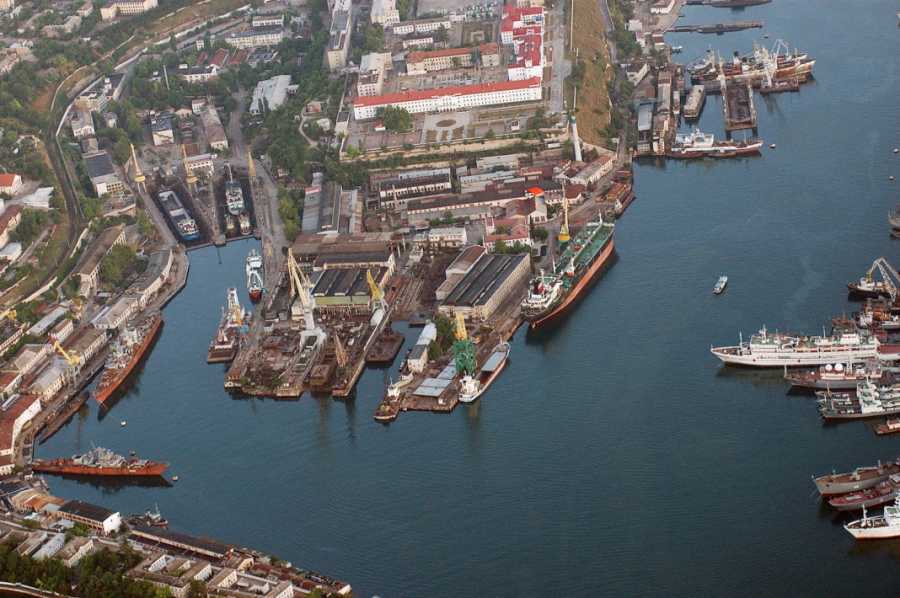 Lugansk businessman Volodymyr Klymenko, who founded Ukrinkom PJSC (Ukrinkombank), sold a Russian citizen the right to claim debts on the mortgage of a ship repair plant and a grain terminal in Sevastopol. The editors of 368.media learned about this by analyzing the relevant documents of Ukrainian and Russian court registers.

In February 2012, between PJSC Ukrainian Innovation Bank (Ukrinbank) and Yuzhny Holding LLC concluded a loan agreement on opening a multi-currency non-revolving credit line for UAH 80 million valid until mid-August 2013 for the modernization of grain.

According to the Yuzhny Holding agreement, warehouse facilities at the address: Rybport Embankment, 21/6 were mortgaged at a cost of UAH 112.4 million. The property guarantor LLC “Shipyard “South Sevastopol” transferred the grain handling complex, located at the address: st. Pravdy, 24, worth 3.89 million hryvnias. Shares of corporate rights in the authorized capitals of companies were also pledged.

The problems began after the annexation of the Crimean peninsula by the Russians. The occupiers “due to the Bank's failure to fulfill its obligations to creditors (depositors) by the decision of the Central Bank of the Russian Federation in May. 2014 stopped the activities of the structural divisions of “Ukrinbank” in the occupied territories.

At the end of September 2015, a notice was sent to the shipyard from the bank about the violation of the main obligation under the loan agreement with the requirement to pay off the existing debt to the creditor within 30 days and a warning about the possibility of foreclosure in accordance with the requirements of Art. 37 of the Law “On Mortgage”. However, these demands were ignored. Subsequently, the bankruptcy process of the bank began in Ukraine. The NBU declared the bank insolvent. We described the details of this scheme in the following article.

Having waited until the Fund paid the bank's depositors 1.8 billion hryvnias, the former shareholders of the bank initiated several lawsuits to appeal the procedure for withdrawing the bank from the market and in July 2016 made changes to the unified state register overnight. “Ukrinbank” was renamed into “Ukrinkom”, and the location was changed from Kyiv to Severodonetsk, Luhansk region. Volodymyr Klymenko remained the ultimate beneficial owner, in the past he was the chairman of the Supervisory Board, the owner of a significant participation in PJSC Ukrinbank.

Later, in mid-September 2017, Ukrinkom and Financial Company Trans Finance entered into agreement N19/09/17-1 on the assignment of the right to claim. But the guarantor and other parties were not informed about this. Subsequently, due to state registrars, the rights of claim were re-registered to the new owner. After that, the company sold the property to Uzhgorod resident Yuri Chereshnya (TIN 2363720311). At the same time, the Trans Finance company also belongs to Chereshnya. Moreover, the editors of 368.media found out that the businessman has been living in Russia for a long time and has the citizenship of this country. Sweet cherry lives in Kamchatka and has a share in Petropavlovsk-Kamchatsky Feed Mill LLC. Local media periodically write about his corruption schemes. At the same time, the corruption schemes of Chereshnya in relation to property in Sevastopol are appealed even in the courts of the occupying country. It is interesting that Chereshnya's ownership of the property is not registered in the Russian registry. 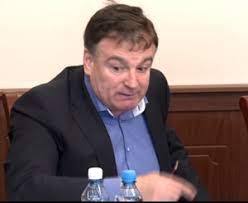 However, these agreements regarding the assignment of the right to claim debt are void due to their inconsistency with the requirements of the law, and the consequences of the invalidity of transactions by the court of Ukrainian jurisdiction must be applied to them to protect the rights and obligations of citizens and business entities that were located in the temporarily occupied territory in Sevastopol. We are talking about an unlawful change in the legal form and name of the original creditor Ukrinbank to Ukrainian Innovation Company without signs of succession of the lack of rights to conclude the disputed contracts. In addition, the Ukrainian Innovation Bank, according to the NBU resolution, retains the status of a problem bank.

The fact that the relevant bank eliminated the grounds for the action of temporary administration in this bank or the introduction of a liquidation procedure in relation to it, that PJSC “Ukrainian Innovation Bank” was not terminated or changed in the manner prescribed by law to PJSC “Ukrinkom”, and therefore PJSC “Ukrainian Innovation Company” » has not acquired the rights of a bank, there are no legal grounds for the acquisition by FC Trans Finance LLC of the right of a corresponding claim against Yuzhny Sevapol Shipyard LLC, Yuzhny Holding LLC, despite any factoring legal relationship declared by Financial Company Trans Finance LLC between PJSC “Ukrainian Innovation Company” and LLC “Financial Company “Trans Finance”, since the relevant transactions do not comply with Part 1 of Art. 203 of the Civil Code and are void after Part 2 of Art. 215 of the Civil Code and part 3 of Art. 36 of the Law on Guaranteeing Deposits.

The 368.media editorial draws the attention of BEB, DBR and SBU to the unacceptable situation around this problem, namely about the terminal in Sevastopol.

The owners of the bankrupt « Ukrinbank was deceived by the state for 1.8 billion hryvnia

Ukrainian ex-banker may be involved in the financing of separatists

They try to leave Ukrinkom depositors without legal payments