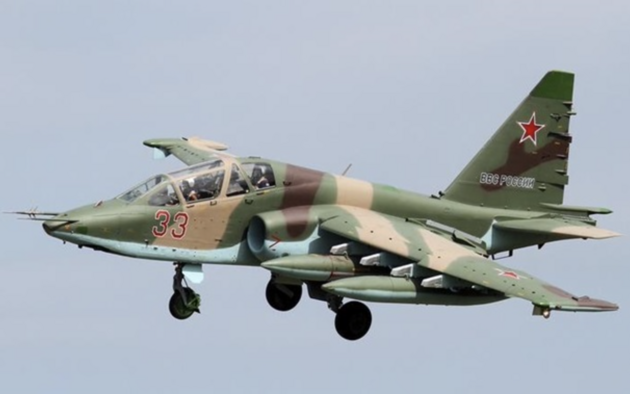 Tamaz Somkhishvili was convicted of involvement in the defense industry of the Russian Federation The terminal, threatening the budget of the capital with a loss of about UAH 40 billion, should attract the attention of not only executive officials, but also the SBU and the National Security and Defense Council. Since the owner of the plaintiff company, it seems, turned out to be a varnish not only for municipal money and land, but also involved in the structures of the Ministry of Defense of the Russian Federation, restoring the combat capability of the Russian air force, writes ZN.

Tamaz's position Somkhishvili. I didn’t speak in the sauna before Yanukovych and Medvedev – it’s not according to the rules

The story that an authoritative Russian businessman of Georgian origin Tamaz Somkhishvili, hiding behind the status of a British investor, is trying to sue $100 million from Kyiv during the war, made a lot of noise. Recall that in 2007 Somkhishvili's company “Kyiv Terminal” won a tender for the reconstruction of Kharkovskaya Square, did not carry out work, but now demands compensation from the city authorities for “unearned profits.”

Many observers regarded what is happening as yet another attempt at hybrid influence on Ukraine by Russia, given that Tamaz Somkhishvili was one of the founders of the Russian Lukoil and seemed to represent the interests of the Russian criminal community, which is closely associated with special services. Moreover, at a meeting of the Northern Economic Court of Appeal on November 21, the representative of the defendant, a lawyer from the Kyiv City State Administration, handed over to the court a letter from the Ministry of Justice of Ukraine, where, with reference to the data of the Main Intelligence Directorate of the Ministry of Defense, it was reported that Tamaz Somkhishvili is still a citizen of Russia.

Lawyer Somkhishvili, managing partner in Ukraine of Wolf Theis law firm Taras Dumich, during a conversation with journalists, called the claims against his client an information campaign and stressed that his client was born in Georgia, lived in Siberia since 1978, where he really did business, associated with the extraction and export of oil, including the owner of an oil field, but allegedly has not lived in Russia for 14 years. The lawyer also noted that before the full-scale invasion, many Ukrainians cooperated with Russian business.

“Lukoil in Ukraine was one of the largest energy companies, and now you say that because of this, my client is in what is guilty? He did not speak in the sauna in front of Yanukovych and Medvedev,” Dumich told reporters.

During a conversation with media representatives, Dumich voiced several mutually exclusive theses. In particular, he said that his client is quite loyal to Ukraine, but he will not make a statement about his support, as well as a statement about condemning Putin's actions. The lawyer also noted that he was ready to wait for the end of the war in the process and at the same time agreed to receive compensation in the form of a similar land plot in Kyiv – not Kharkiv Square, but another one. Otherwise, he did not rule out the possibility of applying to international arbitration within the framework of the government agreement between Ukraine and Great Britain, of which Somkhishvili is now a citizen. Indeed, as the “British investor” said after the meeting where his Russian passport was publicly announced, “here (in Ukraine – ed.) we will not achieve justice.”

The impassioned speeches of the lawyer Ducic were quite interesting. Especially the part that stated that the “British investor” has not lived in Russia for 14 years and has never harmed Ukraine.

As it turned out, this is not entirely true.

From sources in law enforcement agencies, we received photocopies that look like copies of Russian documents – Mr. Somkhishvili's Russian international passport, as well as certificates from the federal migration service, which may indicate that he also has a valid internal passport of the Russian Federation and other documents of the Federal Customs Service, which may indicate that that the “British investor” lived not only in Siberia, but also in Moscow, where he had several addresses of registration and residence from 1995 to 2022.

The assertion that Mr. Somkhishvili has not been in Russia for the past 14 years seems to be refuted by the dates in the mentioned documents. In particular, the date of issue of the passport is 2012, that is, 10 years ago, as well as the dates of registration in Moscow – in 2018 and 2021. It is clear that in order to obtain registration in Moscow, you need a personal presence and a valid Russian passport. We see that there was both the first and the second. 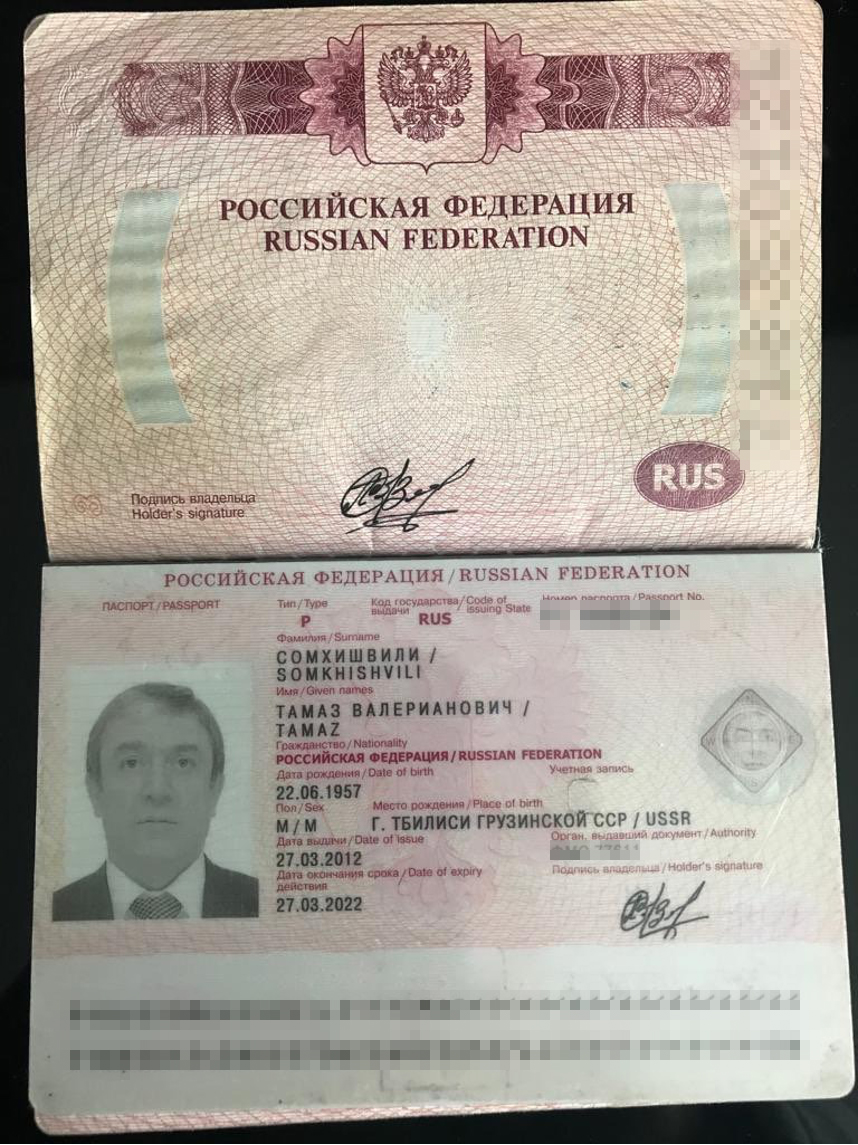 There are other sources that may indicate that Somkhishvili lived with his wife in Moscow. For example, the protocols of the “Society of Homeowners” Family House “Vorobyevo””. This is an elite residential complex located on Kosygina street, 13 in Moscow. As follows from these protocols, Tamaz Valerianovich Somkhishvili and his wife Vasilets Elena Viktorovna own two apartments in the house and are authorized owners of the premises. 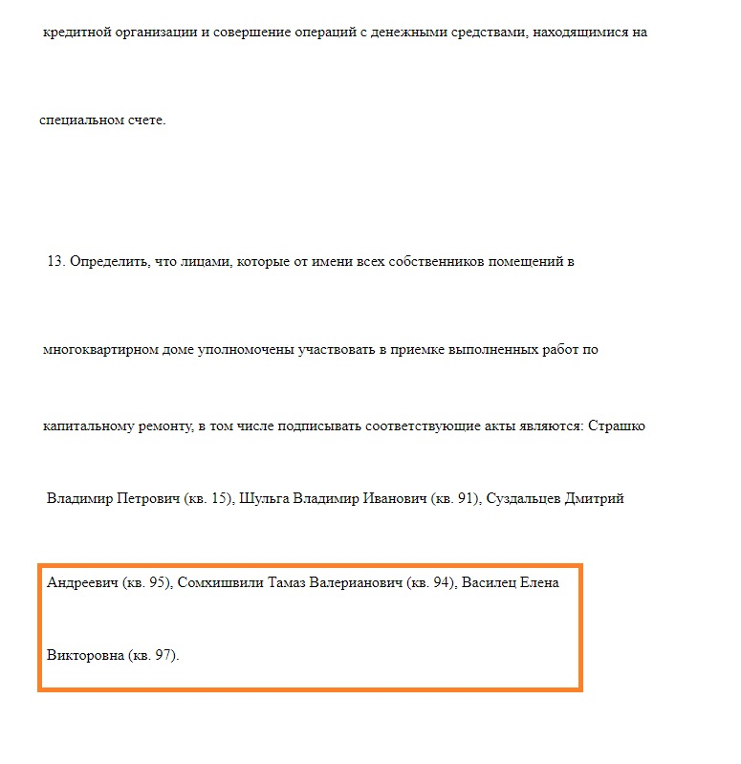 Well, Mr. Somkhishvili became a “British investor” in 2007, having married a British citizen. This can be evidenced by a certificate from the migration service of the city of Kogalym of the Khanty-Mansiysk Autonomous Okrug. We have no documentary grounds for calling this marriage fictitious, but if we believe the copies of the mentioned documents, then at least since 2015 Somkhishvili preferred Moscow over London, and the heart of the newly converted Briton was owned by a native of the city of Armyansk, Elena Vasilets, about whom a little later. 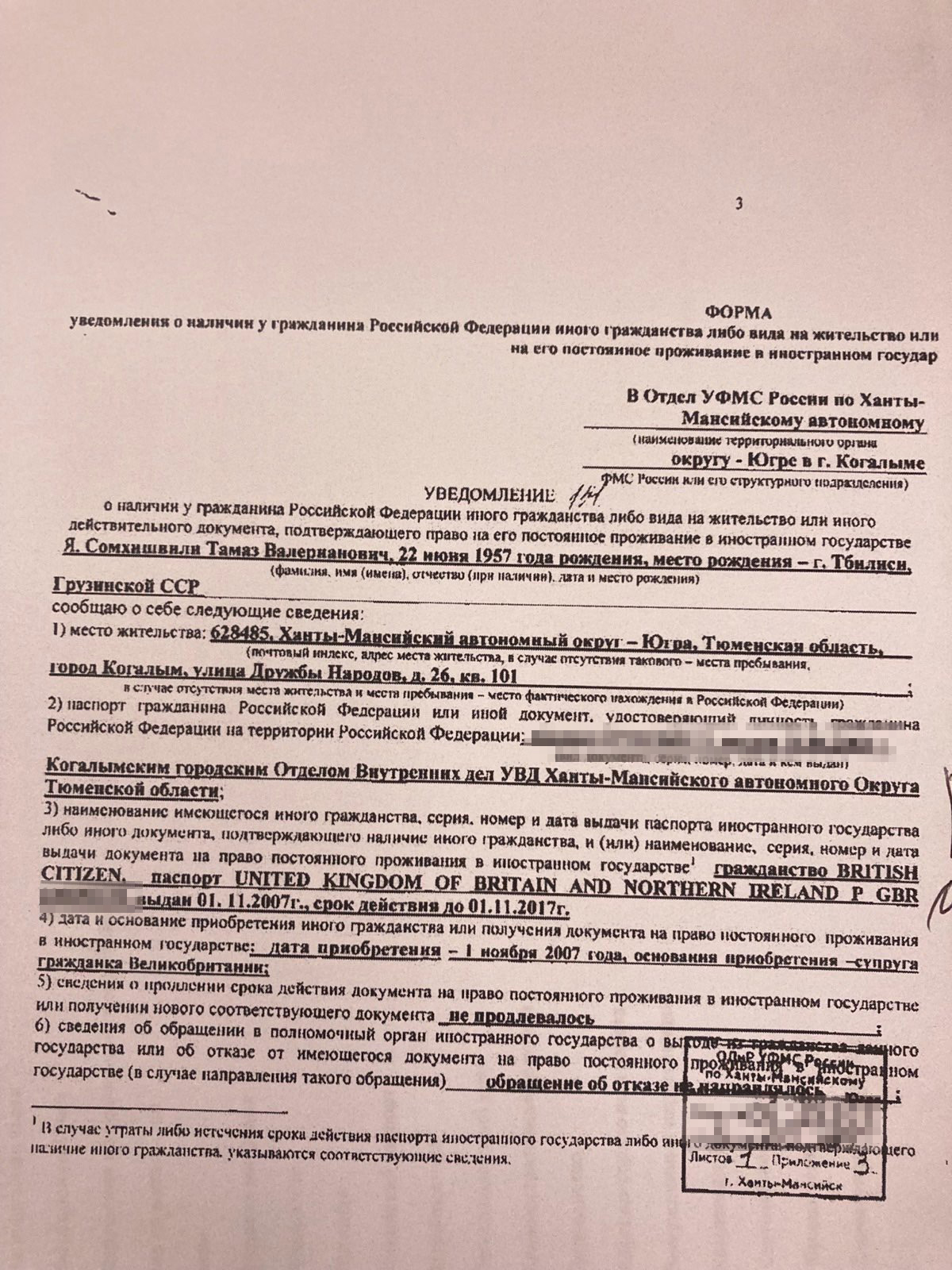 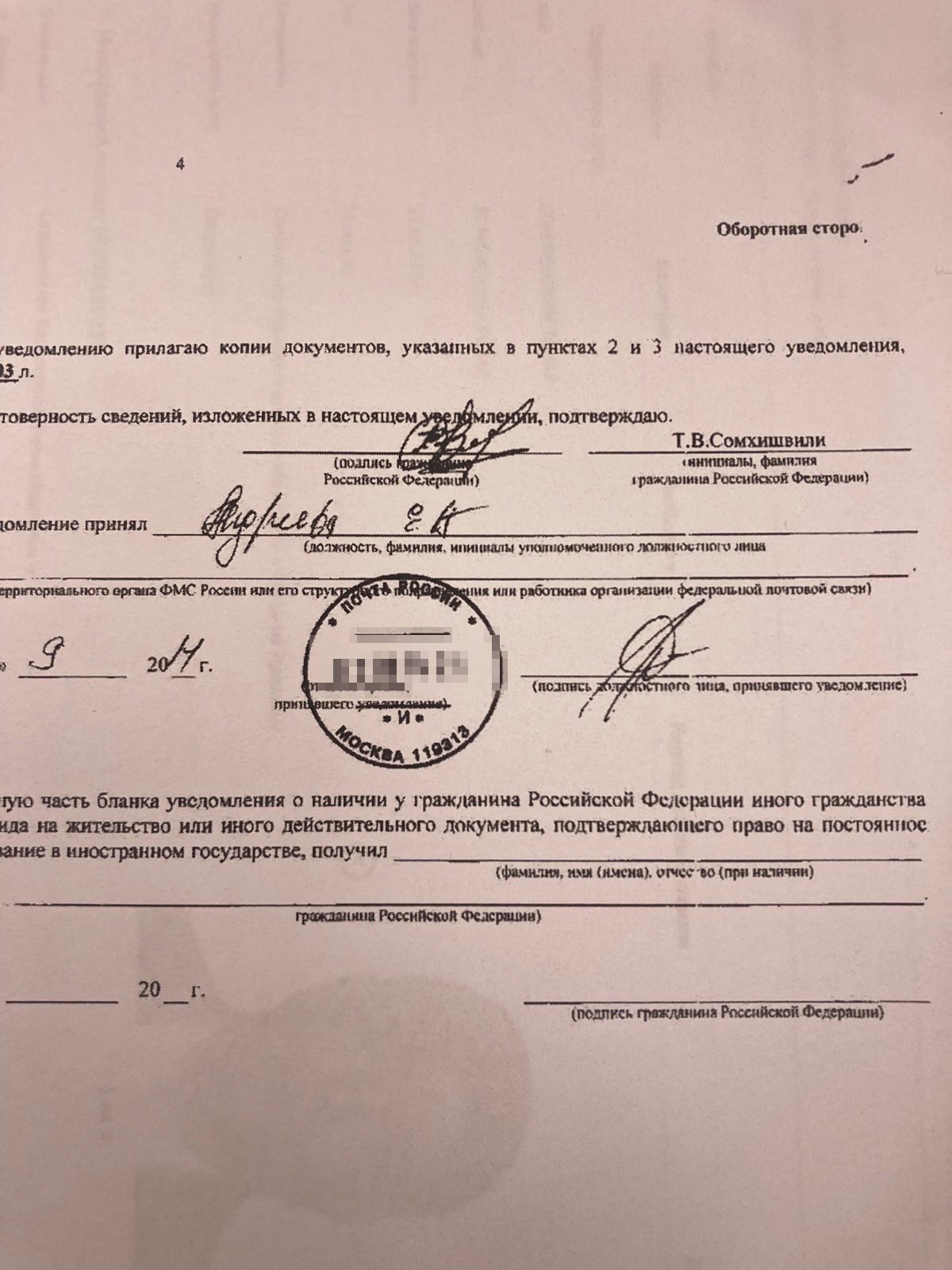 Well, now to the question of potential damage to Ukraine from the actions of the “British investor”. The main public asset of Tamaz Somkhishvili in Georgia is TS-Holding. With a number of areas of activity: there are innovation laboratories, and mining, and processing, and telecommunications, and education, and recreation, and even aviation.

Let's stop at aviation. In 2015, Somkhishvili created the Airplane Technics company, which was supposed to serve civil aviation – large Boeings, Airbuses and Embraers. But the business did not go, and in 2017 the company ceased to exist. But it was a venture capital investment. Things didn’t work out with the Western world, but things worked out well with the “Russian world”.

The TS-Holding website lists a partner – TAM Management. TAM Management is a private company that controls the Tbilisi Aviation Plant – Joint Stock Company Tbilaviamsheni, which has been manufacturing and repairing military aircraft since the times of the USSR.

But the plant is not just a partner of TS-Holding, but a particularly trusted partner, because its board includes a man named Georgy Tamazovich Somkhishvili. It seems that this is the son of a “British investor”, who also, by a strange coincidence, lives in Moscow. 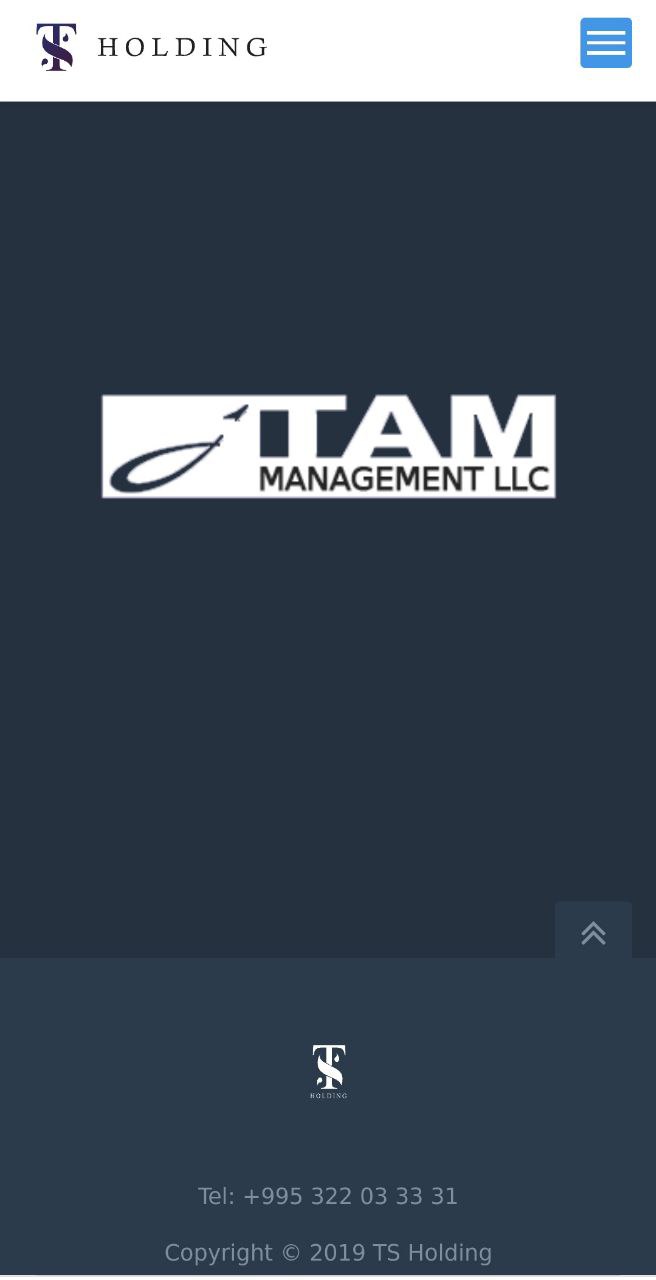 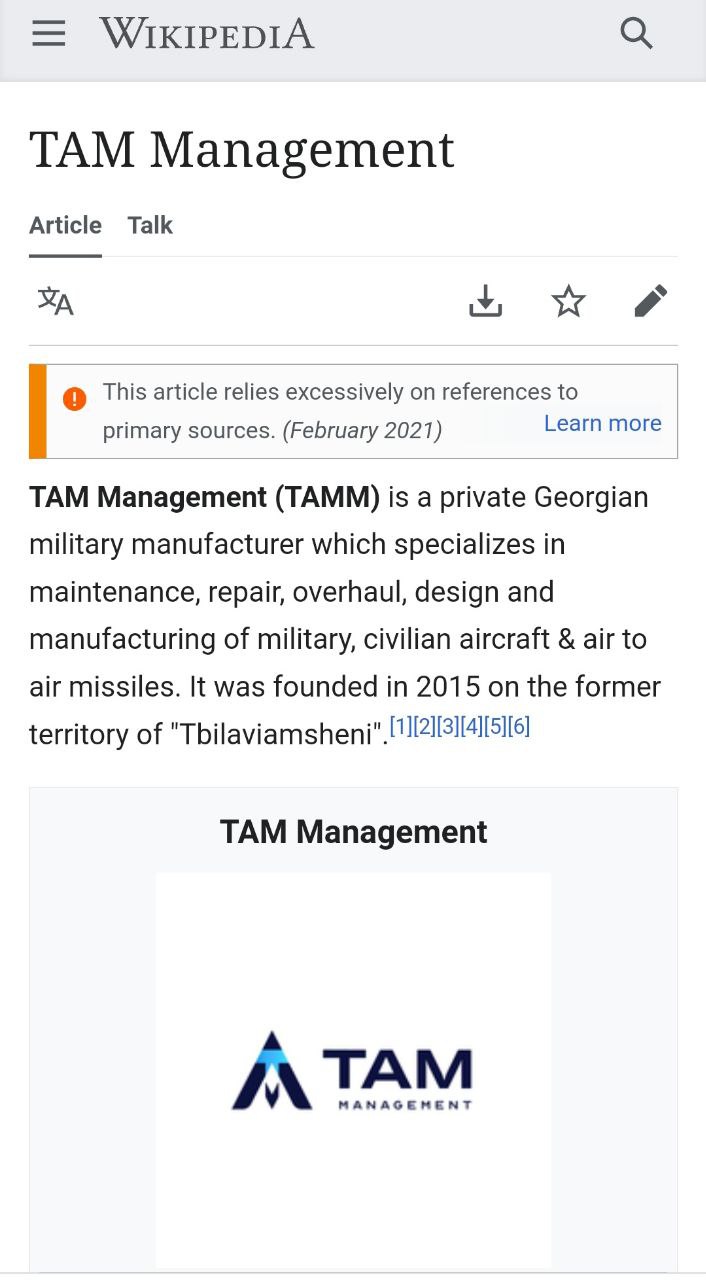 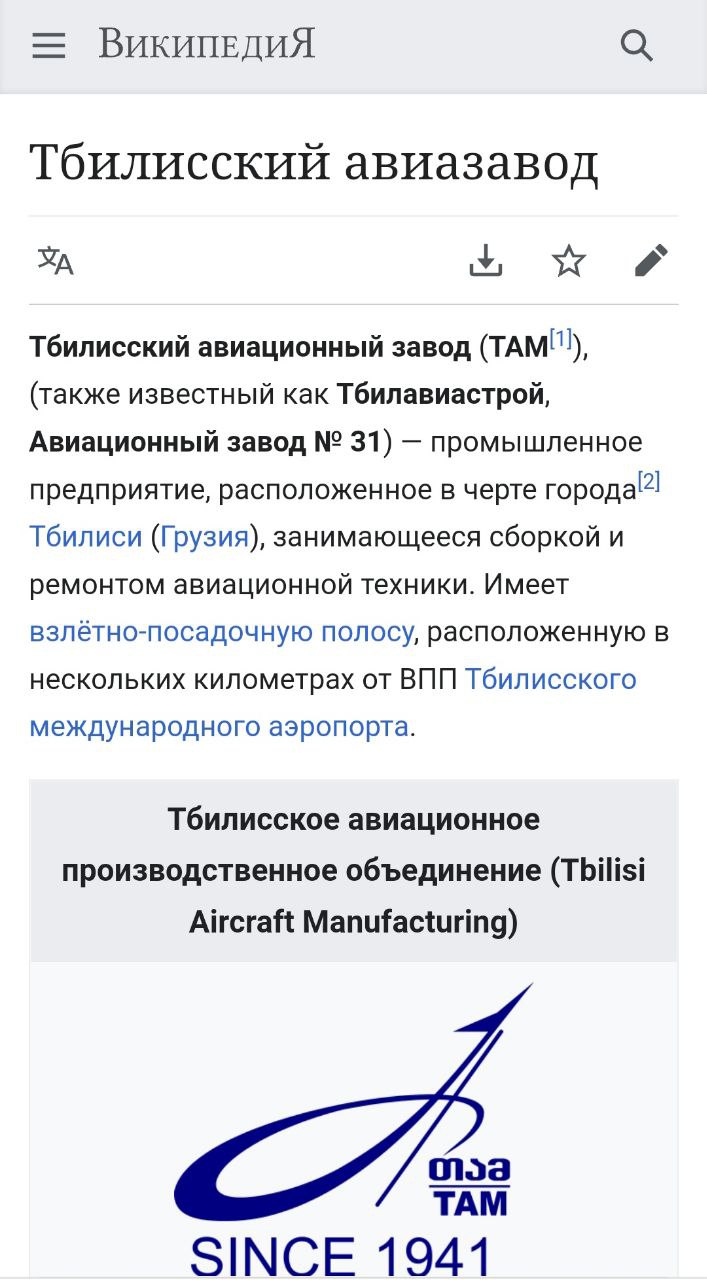 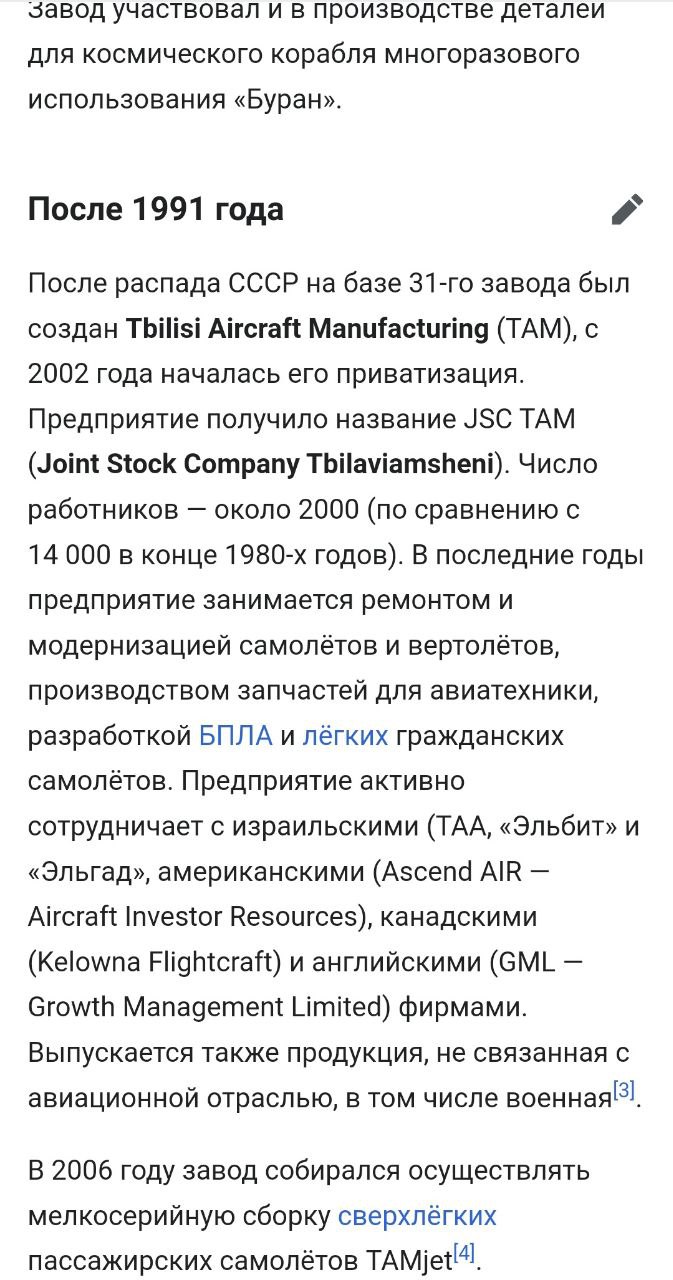 Well, lawyer Dumich would probably say to this, well, an authoritative Georgian businessman, he is also a “British investor”, controls the local aircraft factory. So what? These are internal Georgian affairs. But no, these cases directly concern Ukraine. Firstly, the plant specializes in the repair of military aircraft, and secondly, a significant part of the aircraft that the plant repairs is Russian. 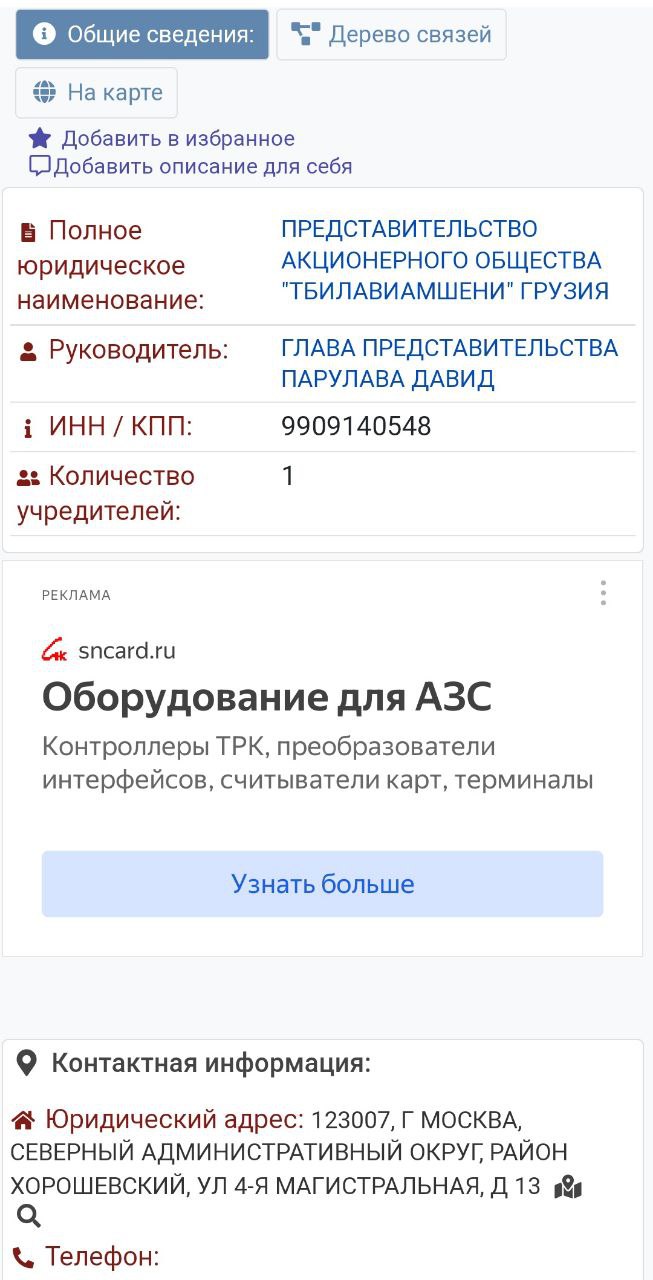 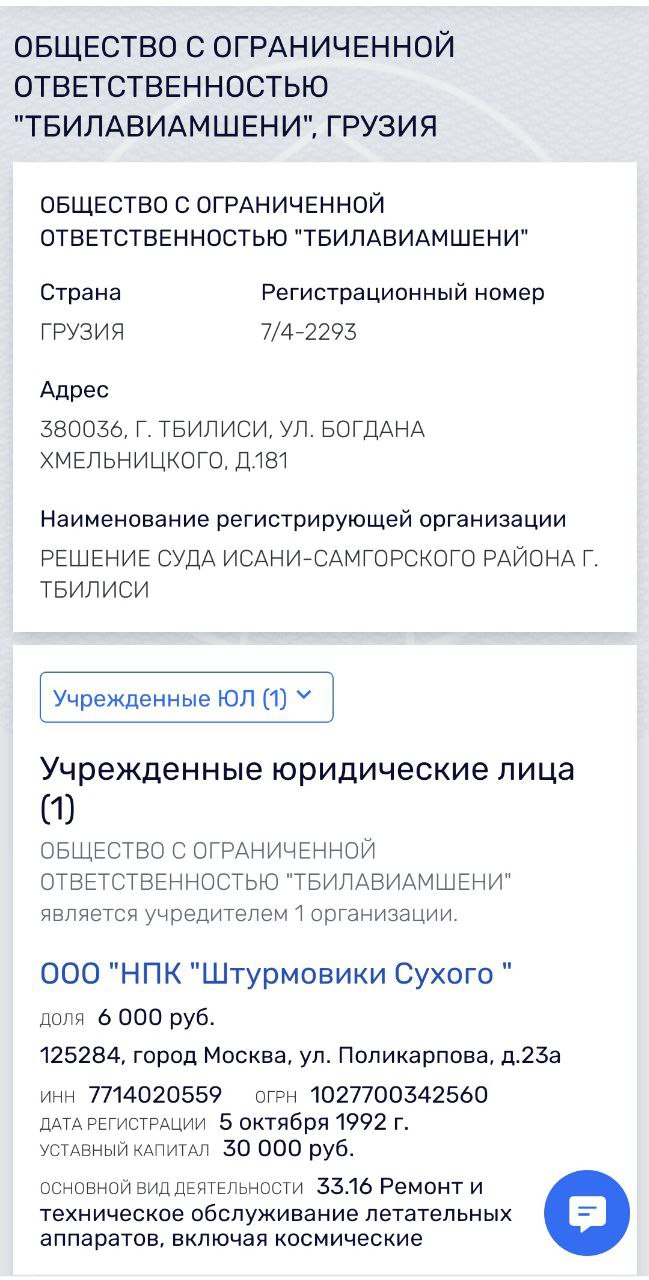 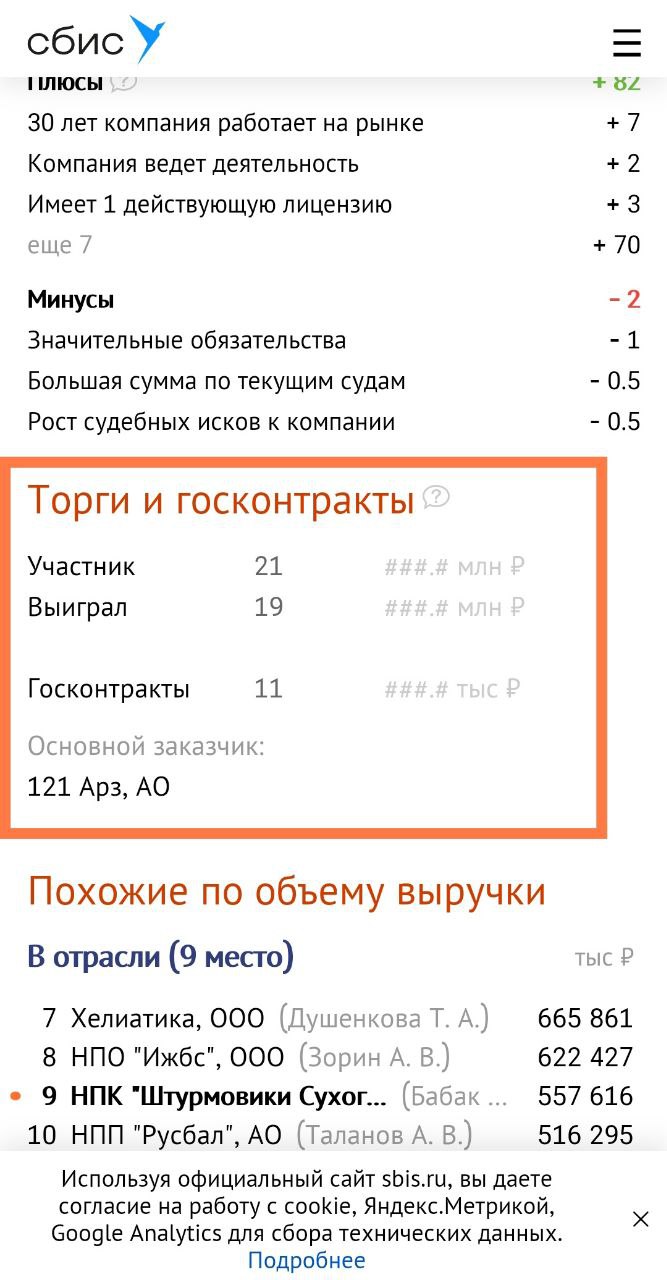 Main customer NPK LLC Sukhoi Stormtroopers is a Russian state-owned enterprise 121 Aviation Repair Plant, which is the flagship of the military aircraft repair of the Russian Federation and is engaged in the modernization of Su and Mog fighters, one of the main strike forces of the Russian army in the war against Ukraine. 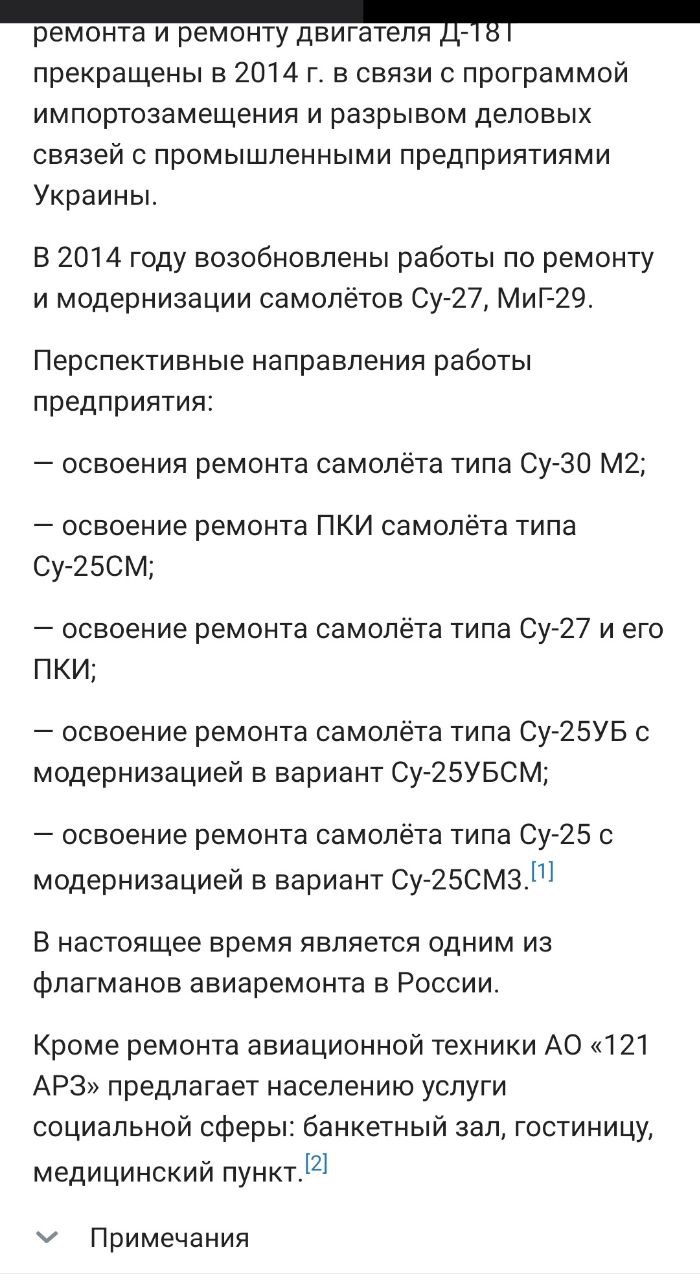 Consequently, the person who is, so to speak, “indirectly related” to the restoration of damaged Russian Sushki and Mi, which kill Ukrainians and destroy our cities, is trying to sue $100 million from Kyiv. An unfortunate set of circumstances? No. It is not in vain that Tamaz Somkhishvili does not want to make statements in support of Ukraine. First, it is not interesting from a business point of view. Secondly, the values ​​and sentiments of his family are quite pro-Russian. This is clearly evidenced by the words and poems of his wife Elena Vasilets, whom we have already mentioned above. Elena is a member of the Writers' Union of Russia. Below are examples of her, so to speak, creativity.

“When the moment pushed him to take risks in a case, according to an important charter, a cheap cop followed the trail.” This is, perhaps, a lyrical dedication to a man.

But about the war in Ukraine.

“And someone will be the first to lay down flowers, at your grave they will be silent. Only the cry of conscience does not excite those who started the Donetsk conflict.

“I do not divide Ukraine, Russia, or Georgia, which I consider the third Motherland. I was born in Ukraine, in Crimea, lived in Russia, and Georgia gave me a husband, businessman Tamaz Somkhishvili.” class=”wpg_image” width=”974″ height=”164″ />

That's it. Those who “do not divide Ukraine, Georgia and Russia” killed Georgians in 2008, and today they are killing Ukrainians.

This whole story seems very strange and almost fantastic, because it shows two parallel worlds, two Ukraines. In one, there is the fortress city of Bakhmut, and in a day and a half people collect donations for 60 armored personnel carriers for the Armed Forces of Ukraine. In the other, a man known in certain circles as “Tamaz Tobolsky”, is indirectly related to the repair of Russian “dryers” and is trying to “steal” $ 100 from the Kyiv budget.

And we are waiting for an answer to the question why Somkhishvili still not under sanctions, although his actions obviously threaten national security, since his business structures are connected to the Russian defense complex. The Ukrainian elite security forces, primarily the SBU and the National Security and Defense Council, have enough resources and powers to expose this influence and take action. This material can be considered an official notification of a crime.

Russian crime is trying to steal $100 million from Kyiv – blogger

Victory or PR: how will it end for scandal with the “imaginary” reconstruction of Kharkovskaya Square