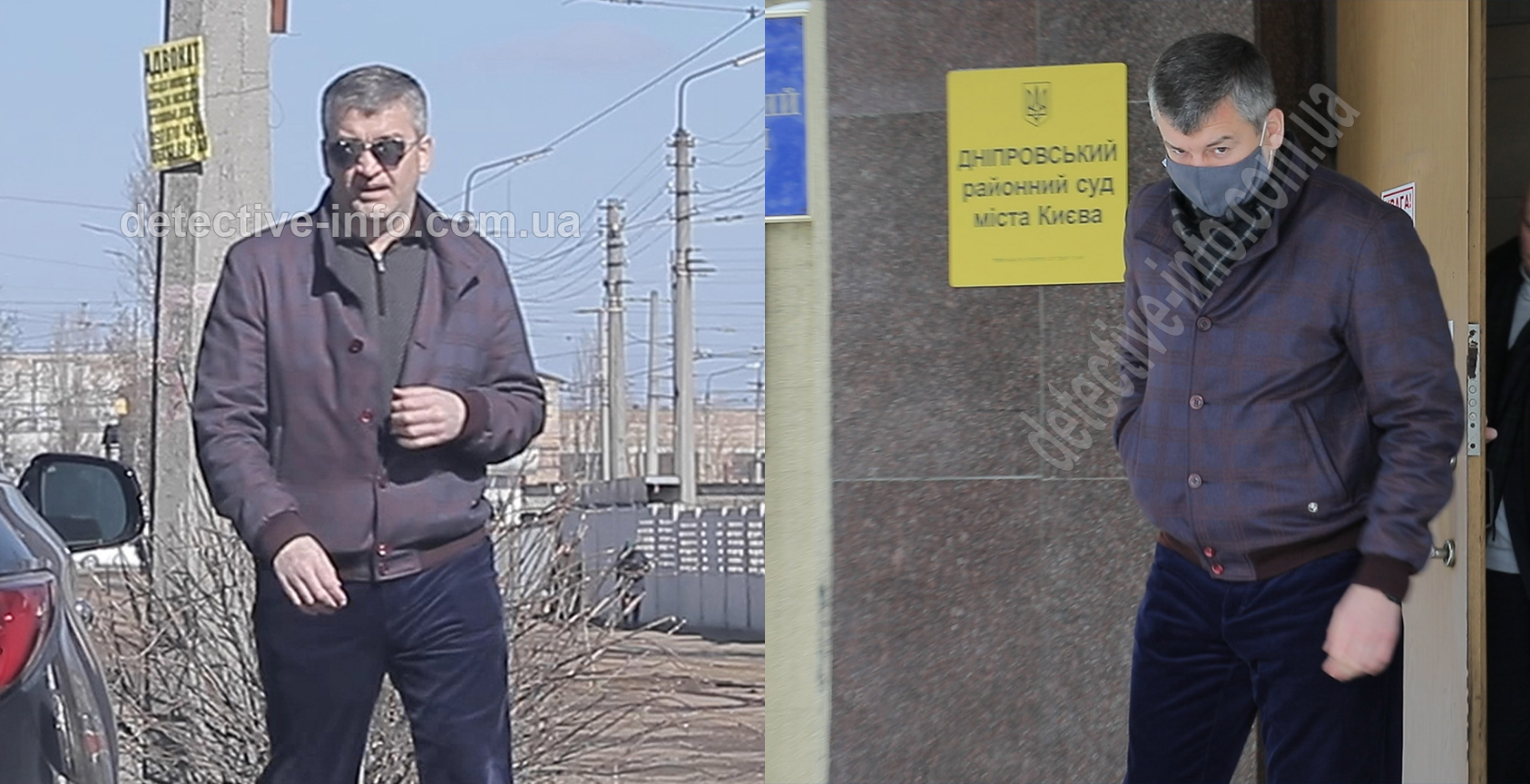 The Kyiv Court of Appeal re-qualified the actions of 48-year-old Roman Kogan accused of fraud (part 4 of article 190 of the Criminal Code of Ukraine) (who until 2018 had exclusively Russian citizenship, had the surname Kaschaev and is known in the status of the so-called thief in law nicknamed /&# 187;Roma Krivoy»/»Roma Krasnodarsky»), mitigating the term of the punishment previously imposed on him by the verdict of the court. Information about this is contained on the website of the Palace of Justice, writes Detective-Info.

According to them, at the end of December 2022, the board of ministers of Themis, consisting of the presiding judge Galina Balatskaya and participating judges Irina, made the corresponding decision Silkova and Irina Gorb. 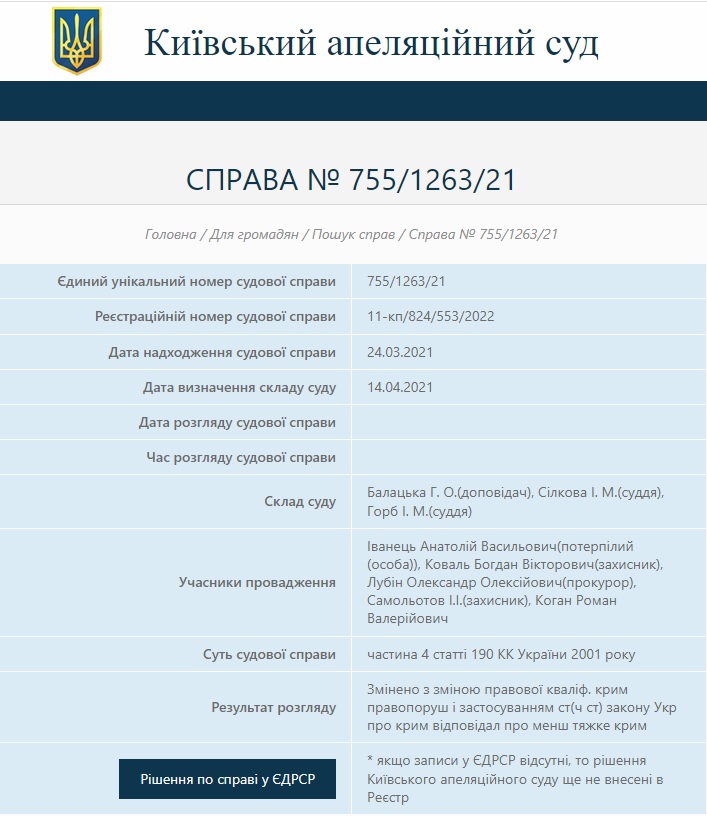 The press service of the Kyiv city prosecutor's office Detective-Info confirmed the fact that the relevant decision was announced in relation to Kogan/Kashchaev. The speaker of the institution, Nadezhda Maksimets, noted that, based on the results of the consideration in the appellate instance, the court came to the conclusion that the victory of the “criminal general” under Part 3 of Article 190 of the Criminal Code of Ukraine was re-qualified, sentencing him to 4 years in prison.

As before It was reported on the pages of Detective-Info that at the beginning of March 2021, by the verdict of the Dnipro District Court of the capital, Roman Valeryevich, as a citizen of Ukraine, was sentenced to 5 years in prison with confiscation of property.

Then “Roma Krasnodarsky” directly participated in the consideration of the case, where he admitted his guilt, reporting on the full compensation (and additionally moral compensation in the amount of 5 thousand dollars) for the damage caused to Anatoly Ivanets, who suffered from his victory. At the same time, the hearing of the production of “Kashchei” in the appellate instance (which stretched over more than a year and a half), most likely, took place without his actual presence.

The prerequisite for this is believed to have been the story of the mysterious disappearance of Kashchei at the end of March 2021. The protection of the thief in law then hinted that their client could be “packed” by representatives of domestic law enforcement agencies (in particular, the Department of Strategic Investigations of the National Police) for the purpose of further transfer to law enforcement officers of the Russian Federation, where since 2018 Roman Valeryevich has been wanted on suspicion of extortion (Art. 163 of the Criminal Code of the Russian Federation), as well as occupying the highest status in the criminal hierarchy (part 4 of article 210-1 of the Criminal Code of the Russian Federation).

According to one of the versions, the details of which were previously reported on the pages of Detective-Info, during the “transfer” Kaschaev/Kogan was left in a field not far from the Bachevsk checkpoint in the Glukhovsky district of the Sumy region, after which the Russian security forces “accepted the gift” from the Ukrainian parties and detained “Kashchei” in the Troebortny district of the Bryansk region. Be that as it may, in the future, the thief in law materialized in the Stavropol pre-trial detention center, where attempts to start consideration of his case have been ongoing since November 2021 (according to the Kavkaz.Realii publication, as of June of this year, the hearings are essentially and was not started due to the announcement of 13 breaks and 5 postponements).

Let's add that last spring he was deprived of Ukrainian citizenship and included in the so-called sanctions list of criminal elements from the National Security and Defense Council “Roma Krivoy” once again visited Ukraine after his extradition from Poland in December 2020 (for details on the scandal surrounding his extradition and subsequent release, see the investigation by Detective-Info “Kashchei’s Needle”).

According to one of the versions, on the territory of our state, the thief in law, using the help of domestic colleagues in the shop, planned to complete the legalization procedure, which would make it impossible for the security forces of the Russian Federation to try to extradite him. Nevertheless, despite the decision to allocate 50 thousand dollars from the common fund. as their further direction for handing bribes to the Ukrainian powers that be and the security forces to organize protection from criminal liability and further release of Roman Valeryevich, in the end he failed. Rumor has it that the basis for further problems that happened in the life of a worthy person could be a “persistent request” to domestic law enforcement officers from respected representatives of the Yezidi community. 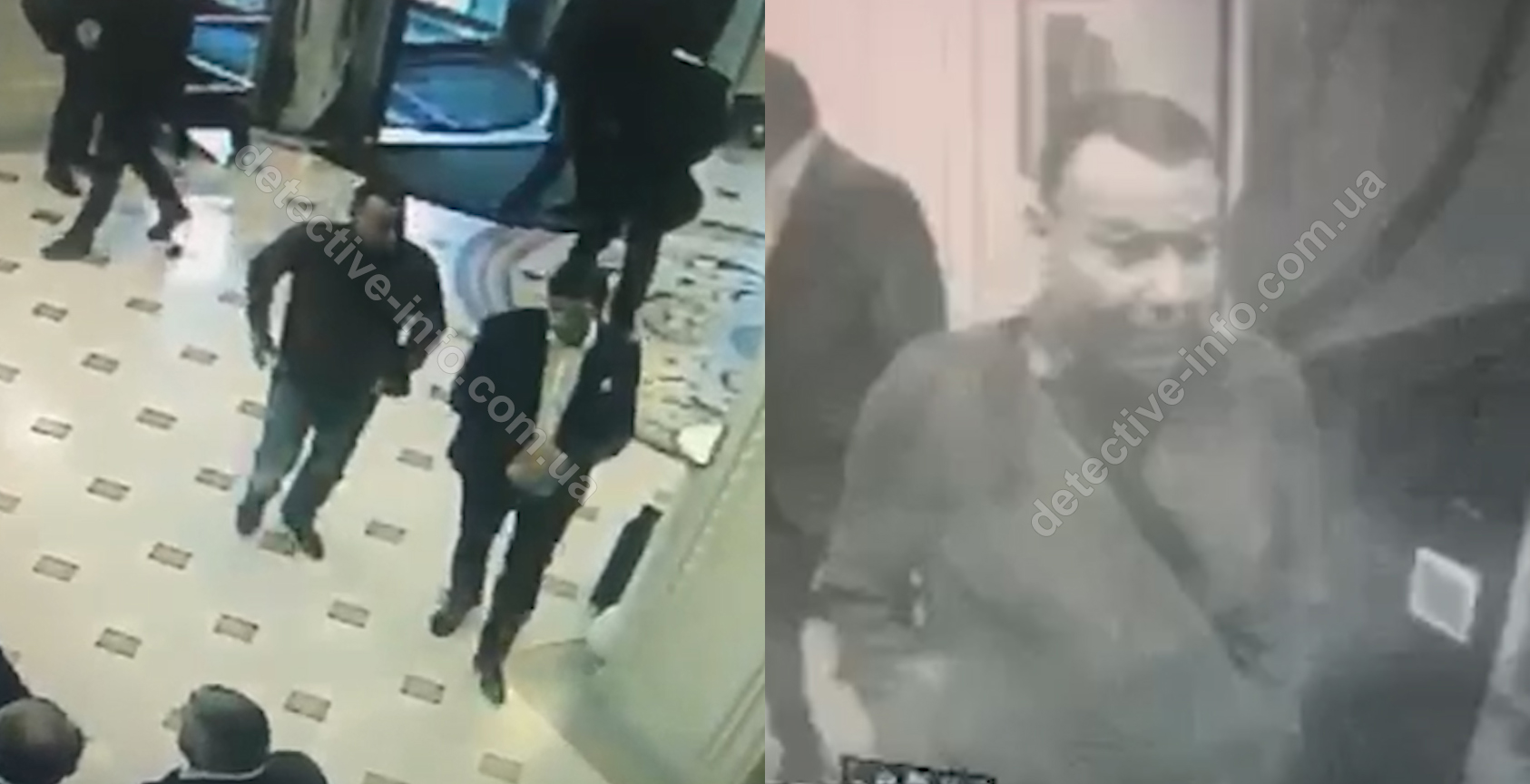 David Ozmanov and Nodar Asoyan at the Fairmont Kiev Hotel on October 12, 2019

Likely the last , taking into account their connections with the top of the then Ministry of Internal Affairs, made a proposal to expel “Roma Krivoy” from Ukraine, who at a certain stage of his victories on the territory of Krasnodar had a dispute and a conflict with a 52-year-old native of Tbilisi, the hero of “Moldavanka at the wedding at Bakinsky” David Ozmanov, who is known in the status of the so-called thief in law, nicknamed “Dato Krasnodar”.

Thieves in law “Umka” and “Lasha Svan” were detained in Kiev

In the office of the Dnipro of the call center, which was “shaken” in the case of the thieves “Umka” and “Lashi”, the title documents for the legendary casino “White Piano” were kept</p

Vasily Astion: a family union of corruption and crime. PART 1

Partners of the Dnipro kingpin