Judge Maslo from the Administrative Court is suspected SAP

The Specialized Anti-Corruption Prosecutor's Office suspects Judge Inna Maslo of the Supreme Administrative Court of not declaring unfinished real estate under Kyiv worth almost 8 million hryvnia. Ukrainian News was informed about this by the SAP.

On January 3, on behalf of the head of the SAP, the prosecutor reported that the judge was suspected of deliberately declaring knowingly false information.

She was charged with committing a criminal offense (misdemeanor) under Part 1 of Art. 366-2 of the Criminal Code of Ukraine (as amended by the Law of Ukraine dated December 4, 2020 No. 1074-IX).

Given that the location of the judge has not yet been established, she was informed of the suspicion in absentia. 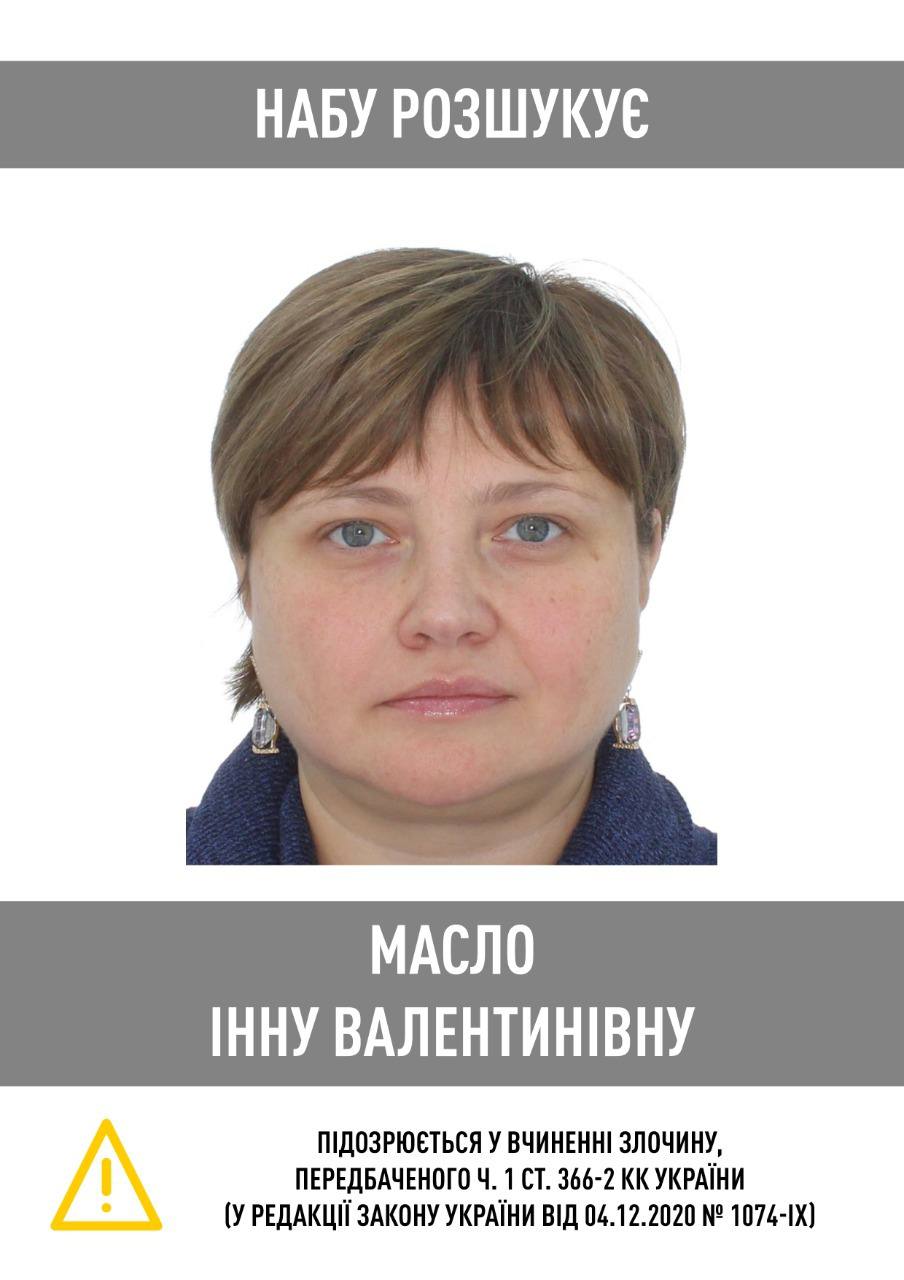 A pre-trial investigation carried out by NABU detectives with operational support from the SBU found that the judge, in her declaration for 2020, did not indicate information about two land plots in the suburbs of Kyiv and the unfinished construction sites located on these plots, which she used together with her husband for a year.

The market value of properties under construction suitable for habitation is more than UAH 4 million and UAH 1.8 million, respectively, and the total cost of land plots is almost UAH 2 million.

The total amount of undeclared information is about UAH 7.8 million, which is more than 3,469 times higher than the subsistence minimum for able-bodied persons.

Judge Maslo from the Administrative Court is suspected of SAP

As Ukrainian News Agency reported, The Specialized Anti-Corruption Prosecutor's Office reported a suspicion to Oleksandra Bragina, judge of the District Administrative Court of Kyiv, who refused to file an electronic declaration of income for religious beliefs.

The Specialized Anti-Corruption Prosecutor's Office appealed to the High Anti-Corruption Court with a request to confiscate 5.7 million hryvnias, for which an apartment in Kyiv and a car were bought from the chairman of the Vasilkovsky district court of the Kyiv region Maxim Kovbel, who acquitted the former deputy of the Verkhovna Rada Sergey Pashinsky. Journalists learned from the photo on Instagram about the rest of the children of Ukrainian officials

Judge Andrey Anokhin: like a simple traffic cop became a judge by intermarrying with a family of corrupt judges Cranes