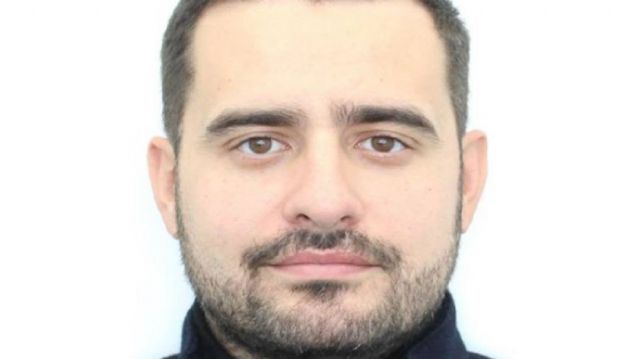 In the case of fraud with the arrested property National Anti-Corruption The bureau put lawyer Andrei Dovbenko, the organizer of the criminal group, on the wanted list, writes Argument.

This is reported by the NABU press service.

“NABU is looking for the organizer of a criminal group exposed on fraud with the arrested property transferred to the management of ARMA. We are talking about the owner of a number of law firms,” the message says.

On New Year’s Eve, it was reported that NABU and SAPO received evidence that the embezzlement of property transferred to ARMA, exposed in 2022, carried out by an organized criminal group (OCG) consisting of four people.

On December 29, its organizer, the owner of a number of law firms, Andrey Dovbenko, was informed of suspicion in absentia.

In addition to him, another member of the group organized by him was informed of suspicion – the General Director of the State Enterprise “Setam” (he held the position in the period May 2016 – February 2020), now he is an official of the State Service of Maritime and Inland Water Transport and Shipping of Ukraine.

Two more members of the organized criminal group – the chairman of ARMA (2016-2019) and the head of the asset management department of the central office of ARMA (2018-2020) – were previously informed of suspicion of fraud with the arrested property of ARMA earlier.

Also on December 29, the suspicion was reported to the director of a private company controlled by the organizer of the organized crime group.

The investigation established that the organizer of the organized crime group during 2017-2018. proposed to the chairman of ARMA to introduce a corruption scheme for the sale of seized property. As a person, for several years, an indirect influence on the formation and implementation of the state legal policy of the Ministry of Justice of Ukraine, the ARMU itself, SE “Setam”, the organizer was well aware of the specifics of this area of ​​the agency's activity.

He developed a plan, which provided for the establishment of control over all stages: from the moment of transfer of physical evidence to ARMA until their sale at a reduced cost on a controlled trading floor to controlled companies.

One of them was a competition for the selection of a trading platform, under the terms of which only one structure could win in it – SE Setam, whose CEO was also attracted by the organizer to the organized criminal group. He could ensure the holding of electronic auctions for the purpose of selling material evidence at reduced prices, under which to create conditions for the victory of pre-determined legal entities.

The director of a private company provided legal assistance and ensured participation in the auctions of SE “Setam” controlled by organized crime groups private companies to create the appearance of competition.

Thus, the members of the organized crime group, consisting of four people, together with seven more identified participants in the scheme, during 2019, at least four times successfully implemented a corruption scheme for the sale of seized property at a reduced cost.

Andrey Dovbenko has finally been put on the wanted list. Namely:

Andriy Dovbenko. A messenger of the Russian mafia

“Watcher” Andrey Dovbenko created a corruption oasis in the Ministry of Justice: Minister Petrenko “in the share”

The Ministry of Justice made life difficult for Fuks, partner of Yermak and Dovbenko