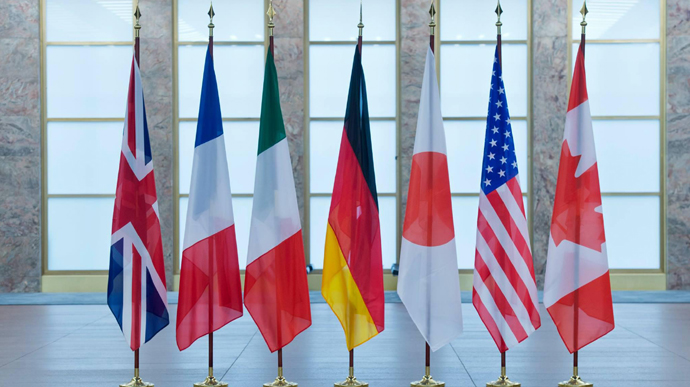 G7 ambassadors put President of Ukraine Volodymyr Zelensky before a choice: veto law 5655, which curtails the powers of communities, or take the side of the authors of the law, which leads to great corruption risks, writes Apostrophe.

This was told by the ex -People's Deputy Oleksandr Chernenko on his Facebook, referring to the statement of the G7 ambassadors.

According to the ex-People's Deputy Chernenko, in this way the G7 countries' ambassadors showed their rejection of law 5655, which significantly curtails the rights of the local self-government.

“When the ambassadors of the G7 countries, after a meeting with Vice Prime Minister – Minister of Community Development Alexander Kubrakov and Vice Prime Minister – Ministry of Digital Development Mikhail Fedorov, talk about the need to preserve the powers of communities, in diplomatic translation this means that the G7 is not at all delighted with hail-violent law 5655. It is this law that is now on the President’s table, awaiting adoption or veto,” writes Chernenko.

Alexander Chernenko notes that after the statement of the G7 ambassadors, President Zelensky faced a choice.

“The first is to take into account the position of international partners, to support the appeal of the Association of Ukrainian Cities on the application of the right of veto to 5655 and the petition of the citizens of Ukraine, which gained the necessary 25,000 votes on the first day of voting. Or the second: to take the side of the authors of bill 5655, which is pushing through a big corruption scheme,” Chernenko notes. title=”Vet 5655 or Support Corrupt Scheme: G7 Ambassadors Put President Before Choice – Expert” width=”1024″ height=”1473″ alt=”Alexander Chernenko, 5655″ />

Vet 5655 or support a corruption scheme: G7 ambassadors put the president before a choice – expert