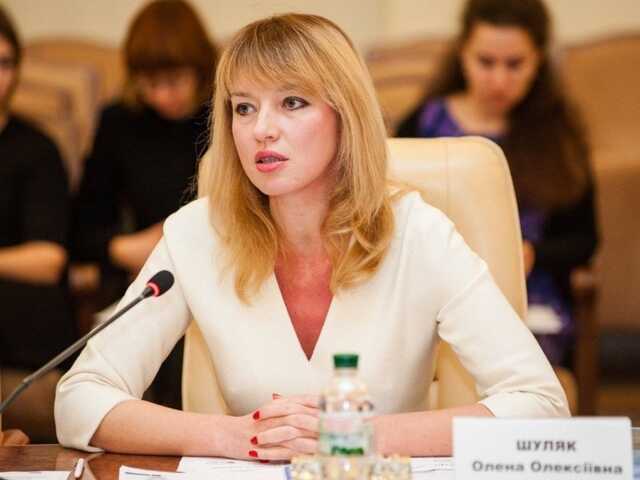 The loudest and most shameful, we recall, occurred a week ago, when the “servant of the people” Shulyak broke into a military hospital and attacked Oleg Simoroz there, who is one of the most consistent critics of the law on the reform of urban development (ZU No. 5655), of which he is a co-author and lobbyist just Elena Shulyak.

The aggressive representative of the presidential faction was not even stopped by the fact that Oleg Simoroz was under the influence of anesthesia after an operation to amputate both legs as a result of a severe wound at the front. Simoroz repeatedly wrote and said that law 5665 was adopted in the interests of the construction mafia, apparently, this angered his co-author. =”wpg_image” title=”Shulyak-Krivonos: diagrams in construction” width=”640″ height=”360″ alt=”Oleg Simoriz” />

Oleg Simoroz considers the law of authorship of Elena Shulyak to be anti-people, criminal, such that it can lead to the destruction of historical monuments. The Association of Ukrainian Cities, the Chestno movement, the Anti-Corruption Action Center, Automaidan, DE JURE, the Our Money program, politicians and public organizations, as well as the Main Legal Department of BP opposed its adoption. However, with a minimum number of votes – 228 “for” – this law was adopted on December 13. Among those who voted for him were yesterday's “OPZhists” – including the odious Shufrich, a person involved in the Register of State Traitors.

After not only the oppositionists, but also her colleagues in the faction, were outraged by the behavior of Elena Shulyak, she tried to “give back”, stating that she “came to visit the wounded soldier and inquire about his well-being.” This pathetic excuse would be funny if it weren't so disgusting.

But the scandals associated with the name of Shulyak, or the Shulyak-Krivonos scheme, which has long been closely associated with the very construction mafia that Simoroz spoke about, have not subsided. The correspondence of the madam head of the Servant of the People party with the head of the State Architectural and Construction Control Inspectorate (DABC) Semyon Krivonos regarding the very corruption in this area, which was also mentioned by the wounded soldier shocked by the “care” of Elena Shulyak, was quickly leaked to the network. 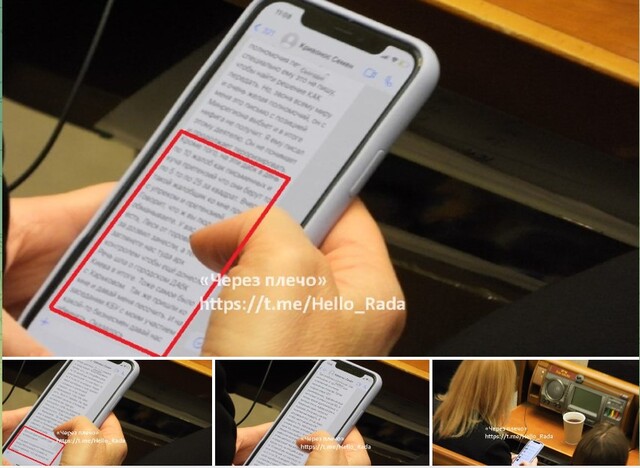 It’s hard to see in the picture, but Krivonos writes to Elena Shulyak the following: “In addition, there are 10 written complaints about these DABK a day and a bunch of claims that they are either 5 or 25 per square. Yesterday such a complainant came to me with a reproach and a claim. He says that you are deceiving people. You have a back office, Lesya from the mountaineers. We brought them there for a call, and now you look us in there with arch (architectural) control, so that they can still inform. It was about the city DABK of Kyiv in the end. The same thing happened in Kharkov… All the rascals from DABI went there. The other day, I was sincerely amused when Mogilny accidentally admitted in a post that we do not take bribes. led the CH party.

And it is about simple things – about corruption in the system of permitting authorities that sign the necessary documents for building permits. The phrase “sometimes 5, then 25 per square” is simply deciphered: the developer must unfasten cash from 5 to 25 dollars per square meter of housing planned for construction.

Which had to be brought to the place called “back- There is an office, Lesya is from the Gorovs. Most likely, we are talking about the head of the Kyiv organization “Servants of the People” Lesya Zaburanna. Which replaced the “fighter of the Transcarpathian territorial defense” Nikolay Tishchenko in this post. And openly serves the interests of the most notorious Kyiv developers — Vavrysh and Mikitas.

Because just at the time when the correspondence between Krivonos took place (do not confuse, by the way, this person with the combat general Krivonos, to whom the “servants” soldered a criminal for defending Zhulyan), leapfrog changes took place in the bodies of architectural and construction control, caused by the struggle for control over these very organs. 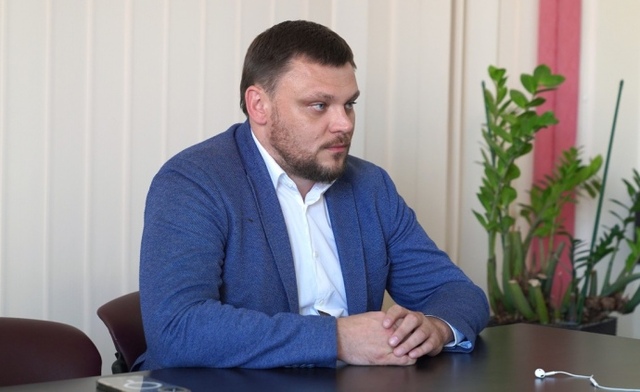 The funny thing about this whole situation is that Semyon Yuryevich Krivonos was an agronomist by first education, and only later received a law degree, and has no construction at all.

But this does not prevent him from managing construction projects quite successfully for himself. What is worth at least the following fact: in April 2016, Krivonos won the competition for the position of director of the Odessa Territorial Department of the National Anti-Corruption Bureau (NABU). However, he refused this position after a series of publications of dubious facts from his biography. In particular, as it became known, with insignificant income, he and his wife managed to become the owners of seven and a half hectares of land, a house and an apartment of 80 square meters near Kyiv.

According to journalists' calculations, at that time such an apartment cost more than 3 million hryvnia. In addition, he did not indicate it in the declaration. On this occasion, Krivonos stated that at first his parents allegedly bought this apartment for him, and later he gave it to his mother. And according to Krivonos, he became the owner of the aforementioned hectares of land even before the civil service.

However, even what Semyon Yuryevich, who at that time worked as the first deputy head of the Odessa customs, entered into the declaration is impressive: seven land plots, most of them in the vicinity of Kyiv. There was also an apartment in Kyiv, for one and a half million hryvnias, registered in the name of the wife, and a house, registered in the name of the wife and her father. Which, even without hidden property, clearly did not fit in with the official income of the customs officer Krivonos.

As for the work at customs, just at that time the so-called “nut scheme” flourished there, in which the governor of the Odessa region Saakashvili was involved, one of whose associates was Krivonos. The smuggling scheme impressed the then Prime Minister Groysman so much that he even gave a separate instruction to the Prosecutor General to liquidate it.

But all this is history. The phrase from the quoted correspondence between him and Elena Shulyak speaks most eloquently about how Semyon Krivonos works now:

If anyone didn’t understand, the head of the state body in charge of building permits and the people’s deputy of Ukraine, the head of the party that completely controls the legislative and executive powers in the country, are discussing corruption in the bodies that they control. And they have fun at the same time.

And then the head of the same party breaks into the ward of a man who lost his legs in battle, defending the country that these people are brazenly plundering, and makes a scandal to him for daring to criticize the law promulgated by Elena Shulyak, lobbying the interests of the construction mafia.

But the story does not end there. Literally three days after the brawl in the hospital, Elena Shulyak gets into another scandal. According to media reports, draft law 8202 on amendments to the law “On Public Procurement” authored by the head of the Servant of the People party Olena Shulyak and her seven colleagues has been registered in the Verkhovna Rada.

The essence of the bill: to allow state customers to change the essential terms of contracts for the purchase of works and services for current repairs six months after the conclusion of the agreement itself. Namely, to allow an increase in the price of construction contracts if this increase is documented by an expert organization that has the right to conduct an examination of a construction project in accordance with the law.

The only thing needed to accelerate prices according to this scheme is the presence of a “understandable” expert organization. And this should happen – a week ago, the Verkhovna Rada voted for Olena Shulyak's bill to create new rules of the game for expert organizations. These rules will lead to the establishment of control over the construction market by organizations whose management has common patents for attesting experts together with People's Deputy Dmitry Isaenko. This is the same law, after the criticism of which Simoroz, Elena Shulyak caused a tantrum in his chamber.

Against all this, a few strokes to the portrait of the head of the presidential party, Elena Shulyak, will be interesting.

But the most disgusting against the background of the fact that Shulyak broke into the ward of a legless soldier is the story of her husband and brother. ” class=”wpg_image” width=”589″ height=”323″ />

Both of them, despite the general mobilization, left the country in early March. Businessman Seyar Kurshutov announced this on his Facebook, citing his own sources. At the same time, the relatives of the main “servant” took $1.3 million in cash, ancient icons and three fur coats. By the way, there were no denials from either Shulyak herself or the State Border Guard Service on this matter.

Opposition Platform for Life and Servants of the People vote synchronously