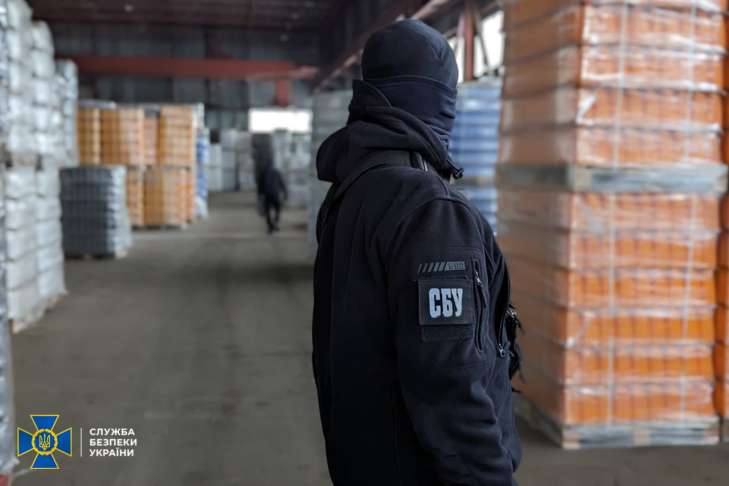 The Security Service of Ukraine (SBU) has frozen the assets of an energy company that is part of Gazprom. The reason is the illegal import of fuels and lubricants into Ukraine. This was stated in the press service of the department, Bagnet writes.

“As a result of investigative and operational work in the Chernihiv region, the mechanism for the illegal sale of fuels and lubricants produced by the aggressor country has been eliminated,” the message posted on the SBU Telegram channel says.

The SBU noted that the deal involved is a Ukrainian company that is part of the sub-sanctioned Russian transnational energy corporation Gazprom.

“This ‘branch’ <…> sold in Ukraine wholesale batches of Russian motor oils and other vehicle maintenance products that were illegally imported,” the publication emphasizes.

According to the SBU, the total amount of seized assets is more than UAH 35 million. ($950 thousand) During the searches, large consignments of goods, documents, computers and mobile phones with evidence of the crime were revealed.

The SBU blocked the assets of Gazprom

The Security Service clarified that the case is qualified under Part 4 of Art. 111-1 (“collaboration activity”), part 4 of Art. 110-2 (“financing actions committed with the aim of forcibly changing or overthrowing the constitutional order or seizing state power, changing the boundaries of the territory or state border of Ukraine”).

In Ukraine, the property of a Russian oligarch worth almost UAH 2 billion was arrested — SBU

Dancing around the sanctions. What did Zelensky decide to do with Fridman and other Russian oligarchs?

Russian business in Ukraine continues to operate despite the war

Under the guise of war: how the Armenian VBet with a Russian trace captures the gambling business in Ukraine