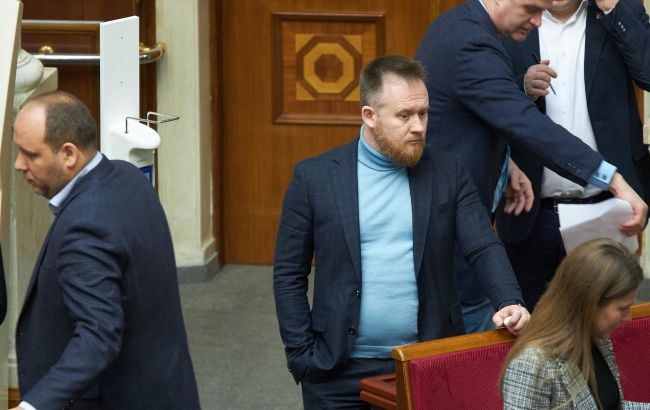 On Tuesday, December 27, NABU and SAPO informed the incumbent MP of suspicion in entering false data into the e-declaration for 2020.

This is reported by the NAPC.

As it became known to RBC-Ukraine from its own sources, we are talking about MP Yuriy Kamelchuk.

“The people’s choice did not include information about the apartment in Pechersk, rented for two years since October 2019, in the declaration for 2020 to October 2021 The cost of the apartment is more than UAH 3.6 million,” the message says.

Also, the people’s deputy did not indicate data on an outstanding loan to the bank in the amount of more than 48.8 thousand US dollars.

His actions were qualified under Part 1 of Art. 366-2 of the Criminal Code of Ukraine (deliberately introducing false information into the declaration).

The investigation of these facts was launched on the basis of a reasonable conclusion of the NAPC.

What is MP Kamelchuk known for?

In 2020, Kamelchuk was noted for shocking with a statement about the coronavirus. Then he said that COVID-19 is a fictitious disease, and vaccines for it “do not inspire confidence.”

Almost at the same time, Kamelchuk made a very strange statement that prostitution allegedly takes energy, like women , and men only lose from this. He also called abortion evil. In his justifications, the people's deputy relied on Vedic sciences.

Six months after that, Kamelchuk attacked the journalists of the ZupiniLos program. This happened near the Verkhovna Rada.

“Kamelchuk is the same clown who at one time published“ compromising evidence ”on People’s Deputy Geo Leros. That is, the usual “bayonet” of the SBU and OP. It is interesting that NABU has taken it up now,” writes the ORD.