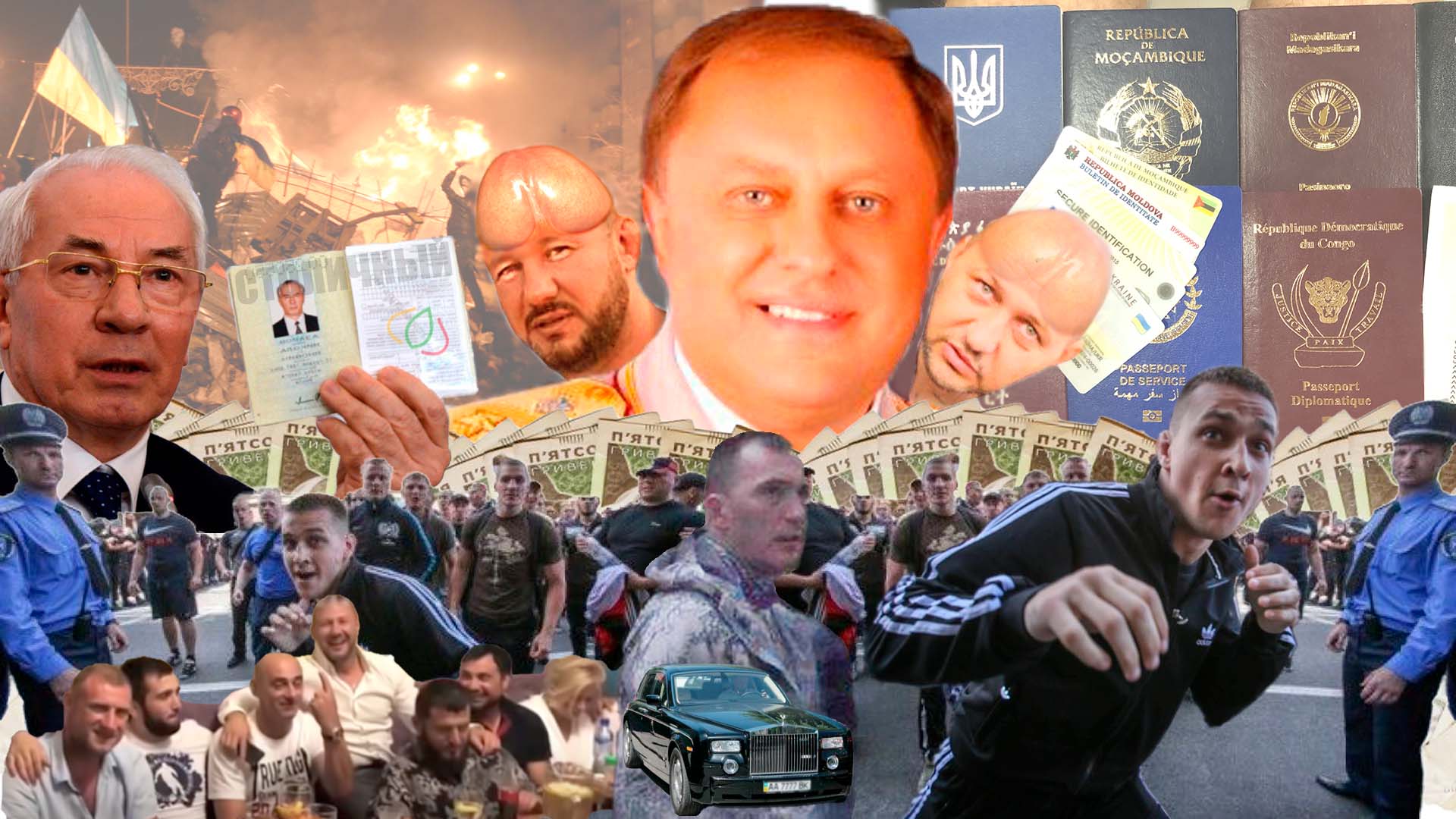 Studying this message, we received from the insider Makar N. (who partially allowed us to explain his involvement with these people, who fled from these people and problems from Ukraine to Russia), ex-official of the Ministry of Internal Affairs Vasily Gritsak, born on February 17, 1961).

Some spicy recordings of dialogues were given to us by an insider (we do not publish the archive for security reasons) and photos of some personal meetings, scans of documents, participants in the Euro-Maidan, criminals repeatedly convicted of robbery, kidnapping and robbery of the Osherovsky brothers. Andrey Osherovsky and his brother Osherovsky Sergey Leonidovich, speaking in Kyiv on behalf of a little-known drug addict, Chechen thief in law Hussein Blind (who today lives in northern CYPRUS, according to insider Makar N. a citizen of Ukraine, living in Russia, the city of Mosvka), as well as industrial thefts of vehicles, forgery of information on the orders of clients, data substitution, trading of hot “leads” for fake Forex offices, which, according to an insider, is run by an age-old Jew, a US citizen who has a post-residence permit in Ukraine, Mr. Robert (nicknamed Robson, contact details will be published after obtaining permission from law enforcement)

The purpose of enrichment is to “throw” the client and receive from the client, from 50% to 100% of the amount, which are ultimately divided into shares from such a fake transaction.

Osherovsky Andrey and Sergey for a long time were engaged in robberies, theft, kidnappings, fraud, forgery of documents, fundraising from Forex offices both in Kyiv and Odessa (some of these offices have already been closed by law enforcement officers) with the help of Georgian organized criminal groups fugitive from Russia, who were headed , Malkhaz Ratia, Zaza Matua (who was previously imprisoned for murder in St. Petersburg), now the gambling business of the CASINO in the city of Odessa is actively developing.

The Osherovsky brothers, with the help of Vasily Gritsak from the Ministry of Internal Affairs, who are part of the Kyiv organized crime group, oversaw the Stolichny Market, which included the people of Azarov, who had fled to Russia with Yanukovych, where the security companies of the “former” bandit Prodivus, who kept all the brothers under a cap, took an active part, athletes Titushki, who are sent for a tidy sum to raider seizures or participate in an attack on entrepreneurs, and Prodivus, using his lawyers, connections in the Police (subordinate until recently to his friend Arsen), helps to redeem these most executive and obedient TITUSHIKI, using them further.

The Osherovsky brothers are the invisible hands of the General of the Ministry of Internal Affairs Gritsak in the organized criminal group, they receive pieces of purchases through front companies, searches for clients in the production of passports, on Gritsak's personal equipment, to support his pants,
residence permits, driver's licenses, removal of entry restrictions for criminals, data substitution in passports and other criminal schemes.

What is the connection between the General of the Ministry of Internal Affairs Gritsak, Azarov, who fled in Russia with Yanukovych, the current criminal clans of athletes, which, according to Andrey Osherovsky, Prodivus (bandit, deputy) manages, is not difficult to understand. But once again, we heard from the Osherovskys a recognition that the destabilization of the situation in the country is beneficial to Russia, and therefore supported by Russia. For Ukraine to weaken, for there to be a mess in Ukraine, for everyone to be afraid of bandits and corrupt authorities, and partly for Russia to succeed, until the strong-willed President Zelensky came and began to resist these geeks.

That the Osherovskys, who were repeatedly convicted for robberies, can be connected with “respected General Vasily Gritsak”, in Osherovsky’s notebook the general is signed as a close friend Vasya Gritsak.

It all looks completely ridiculous, bandits and respected General of the Ministry of Internal Affairs. 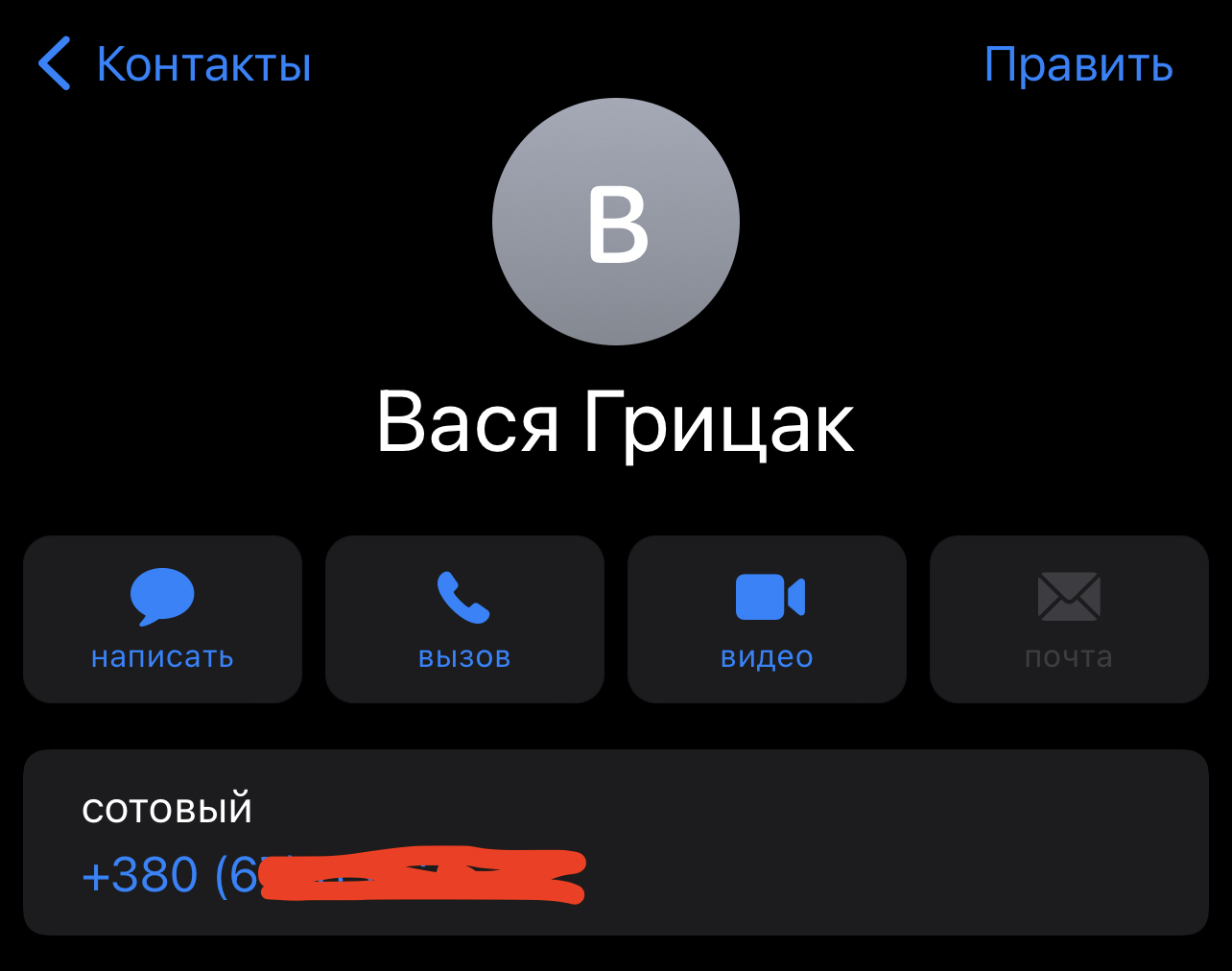 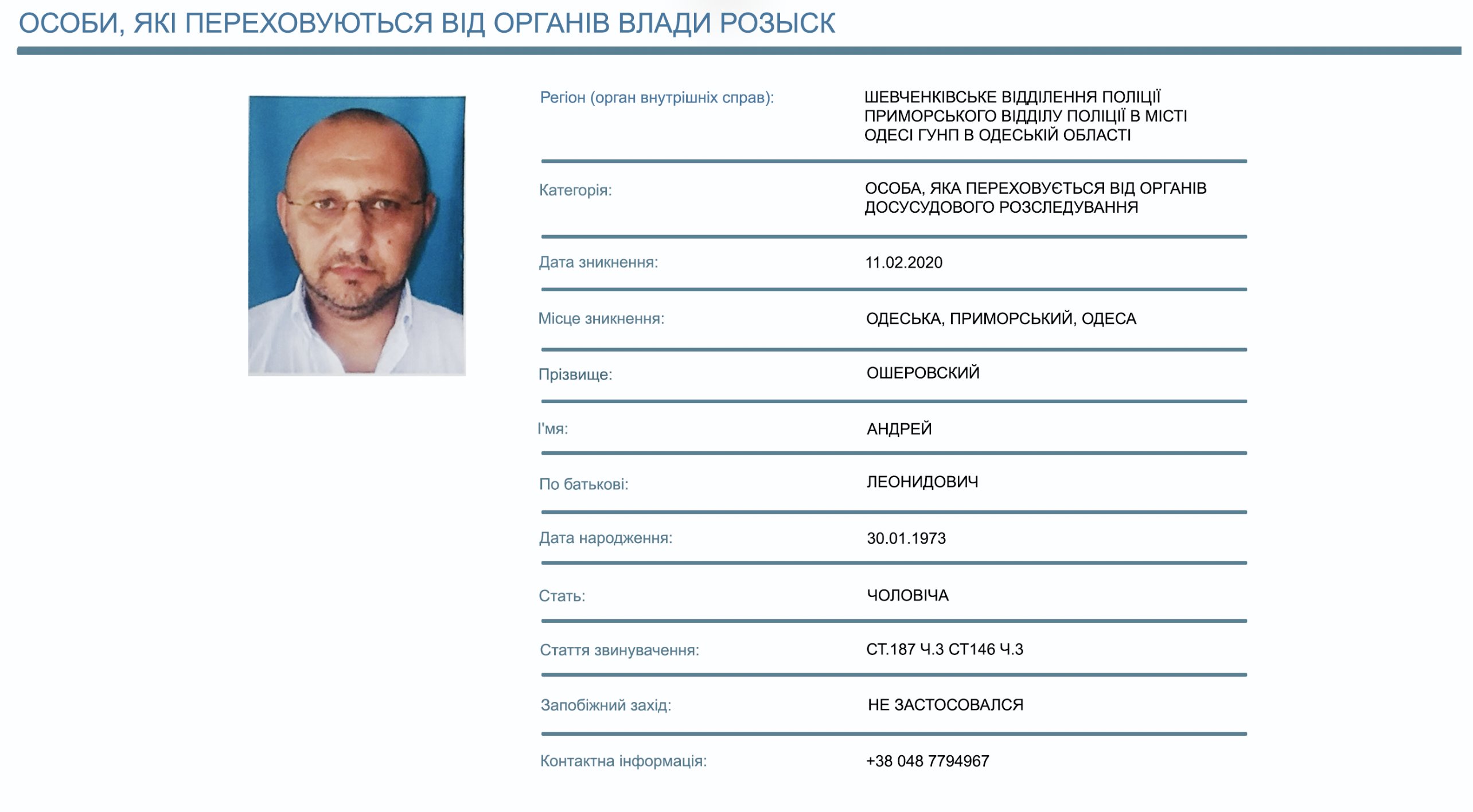 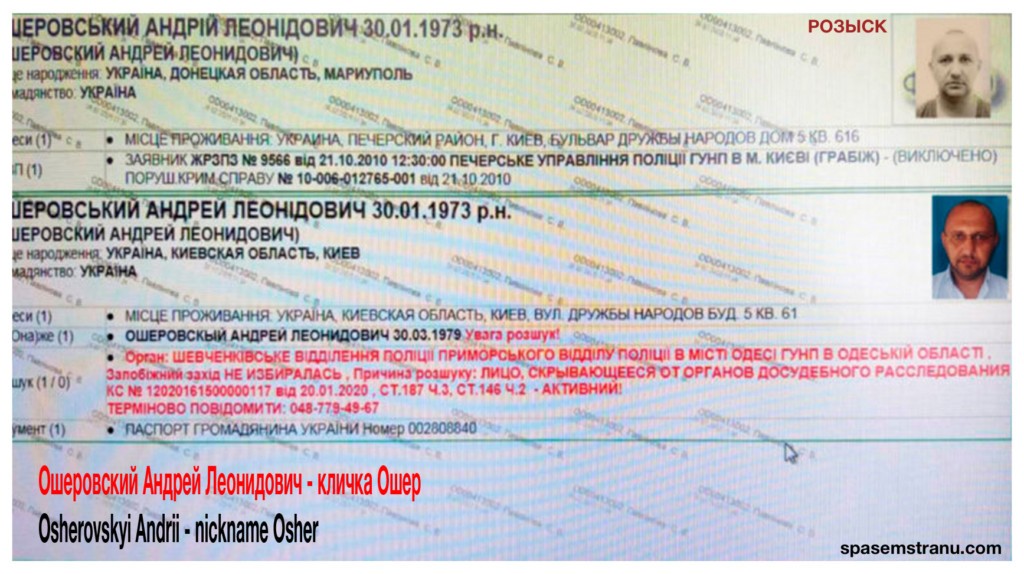 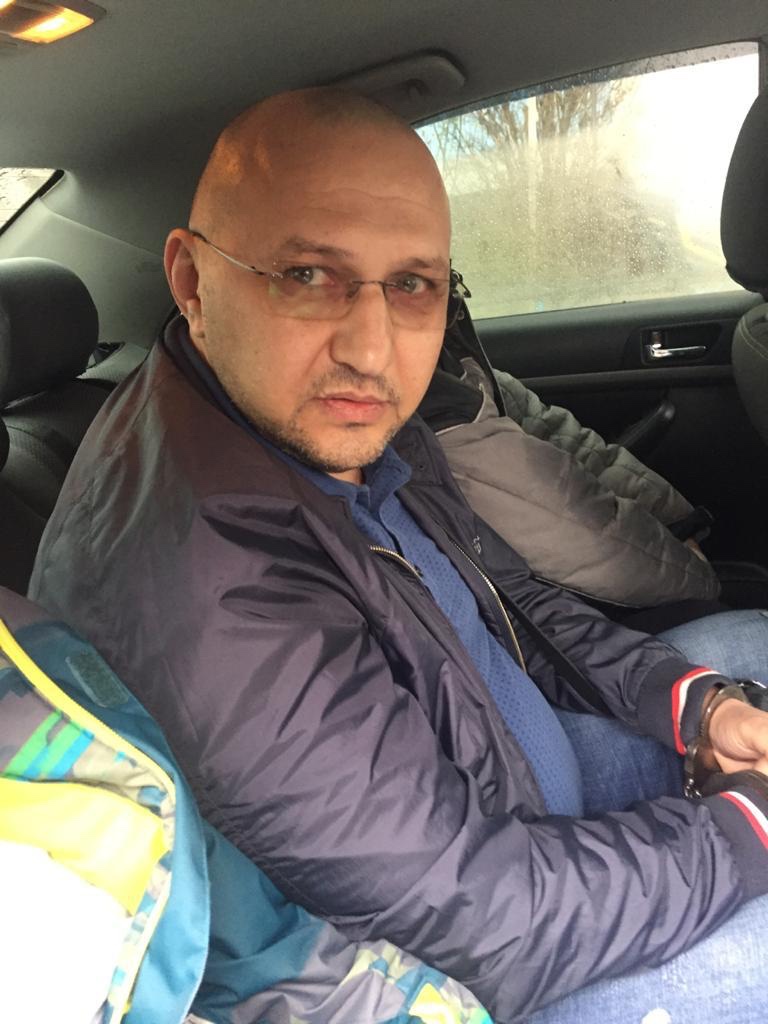 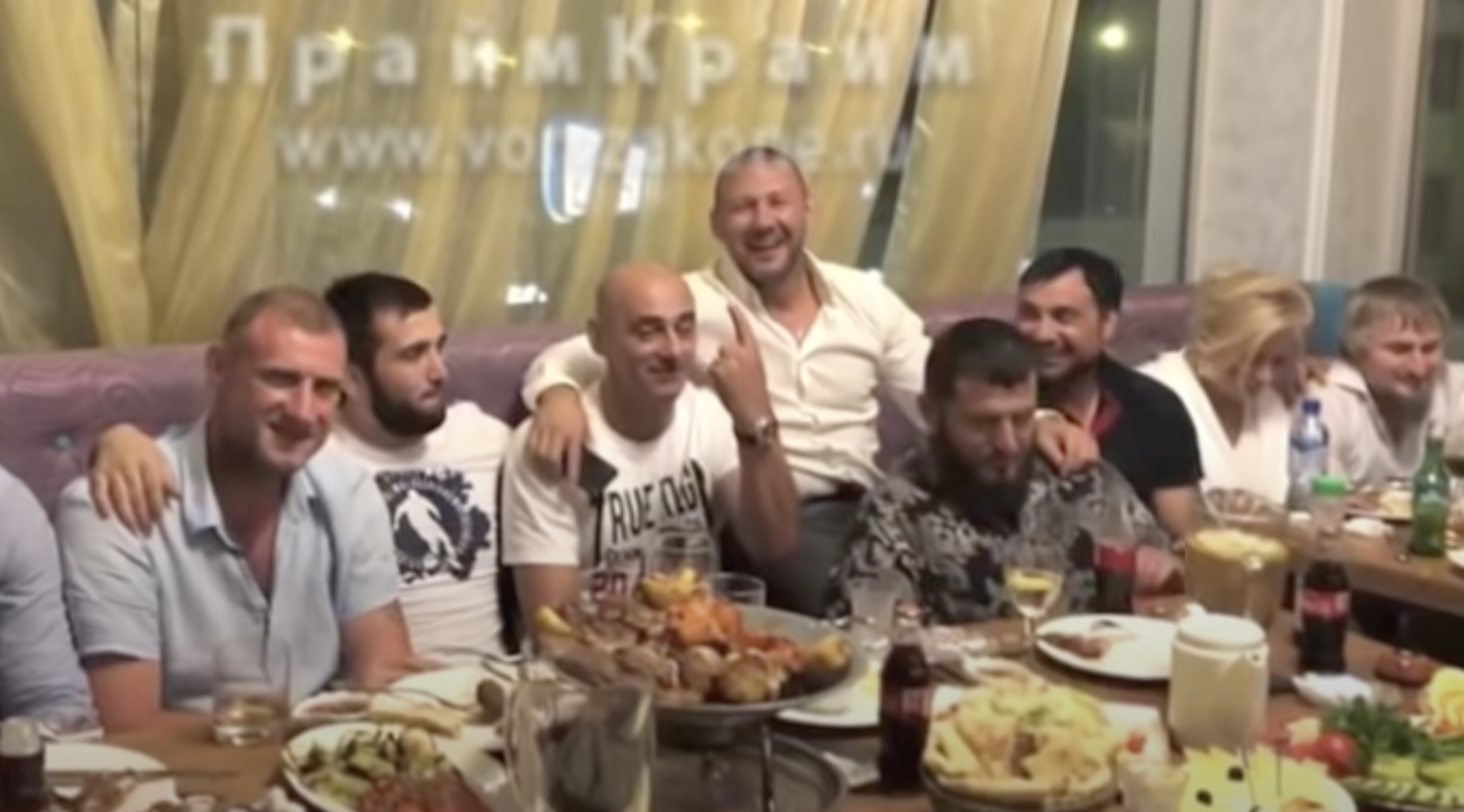 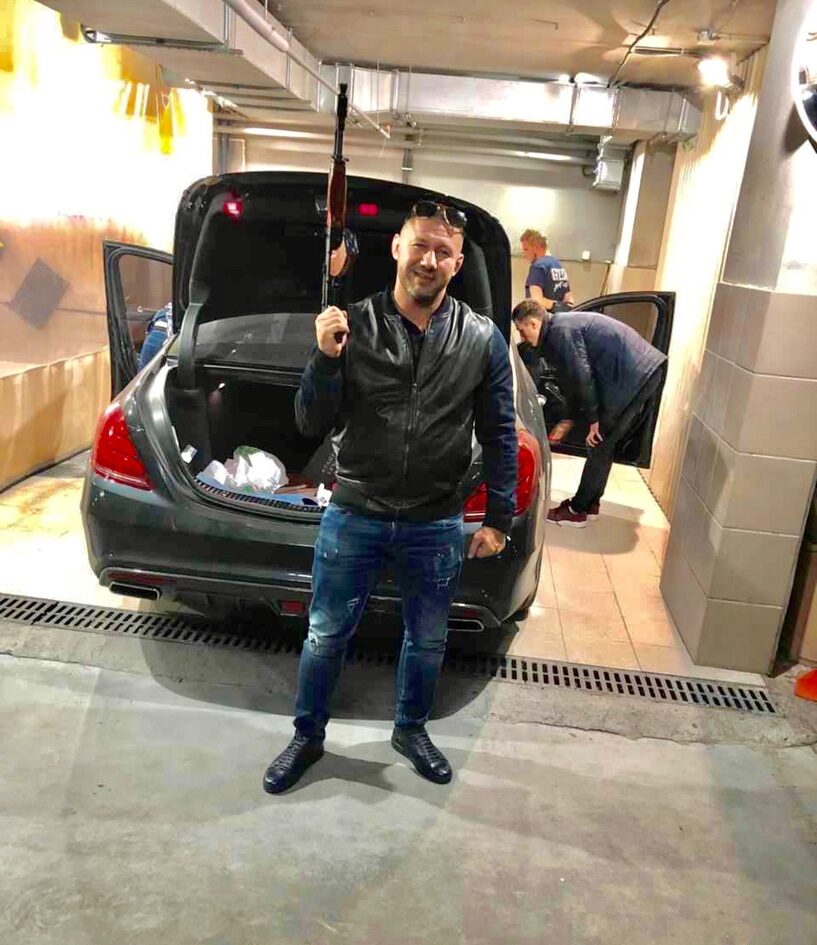 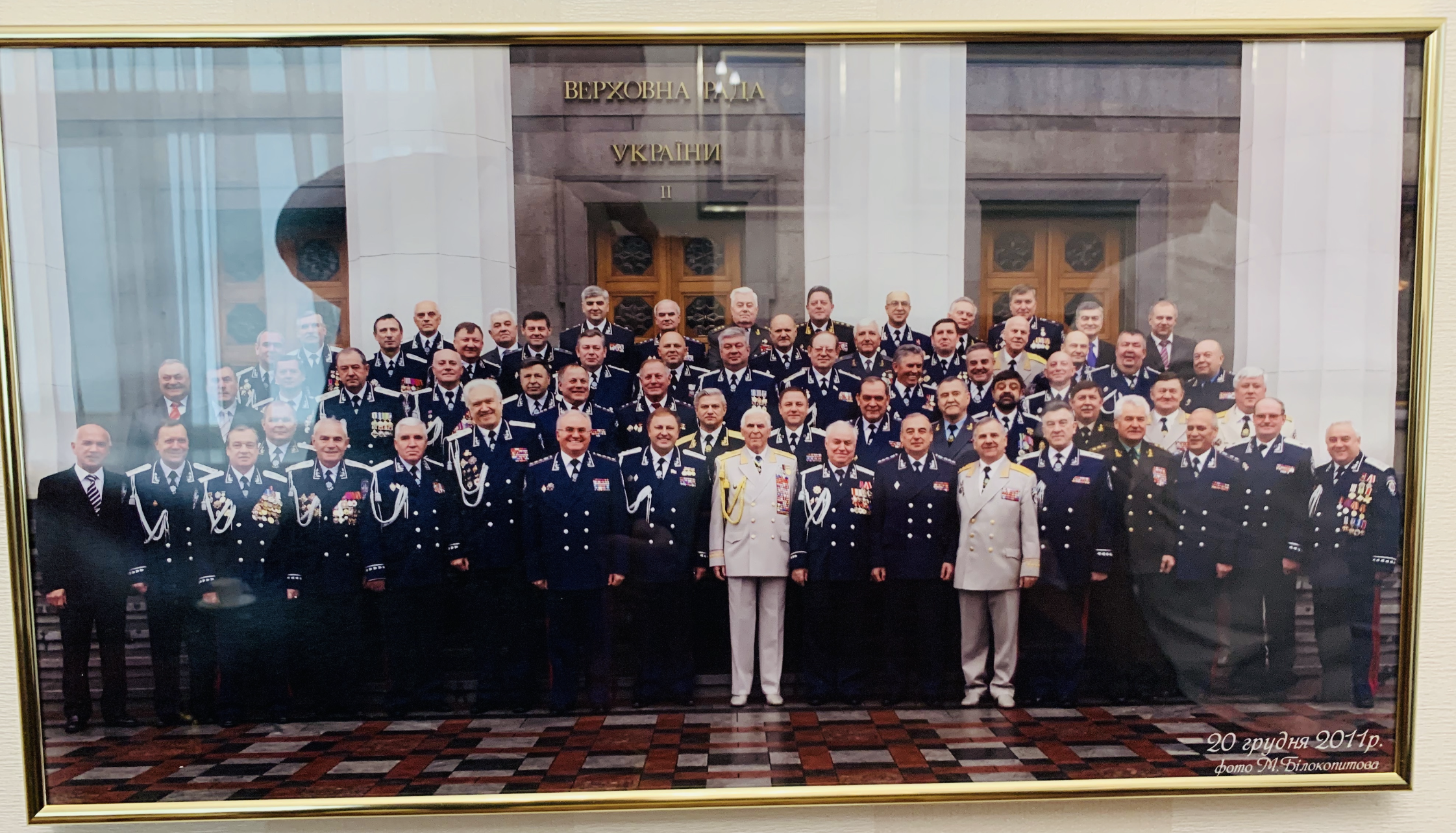 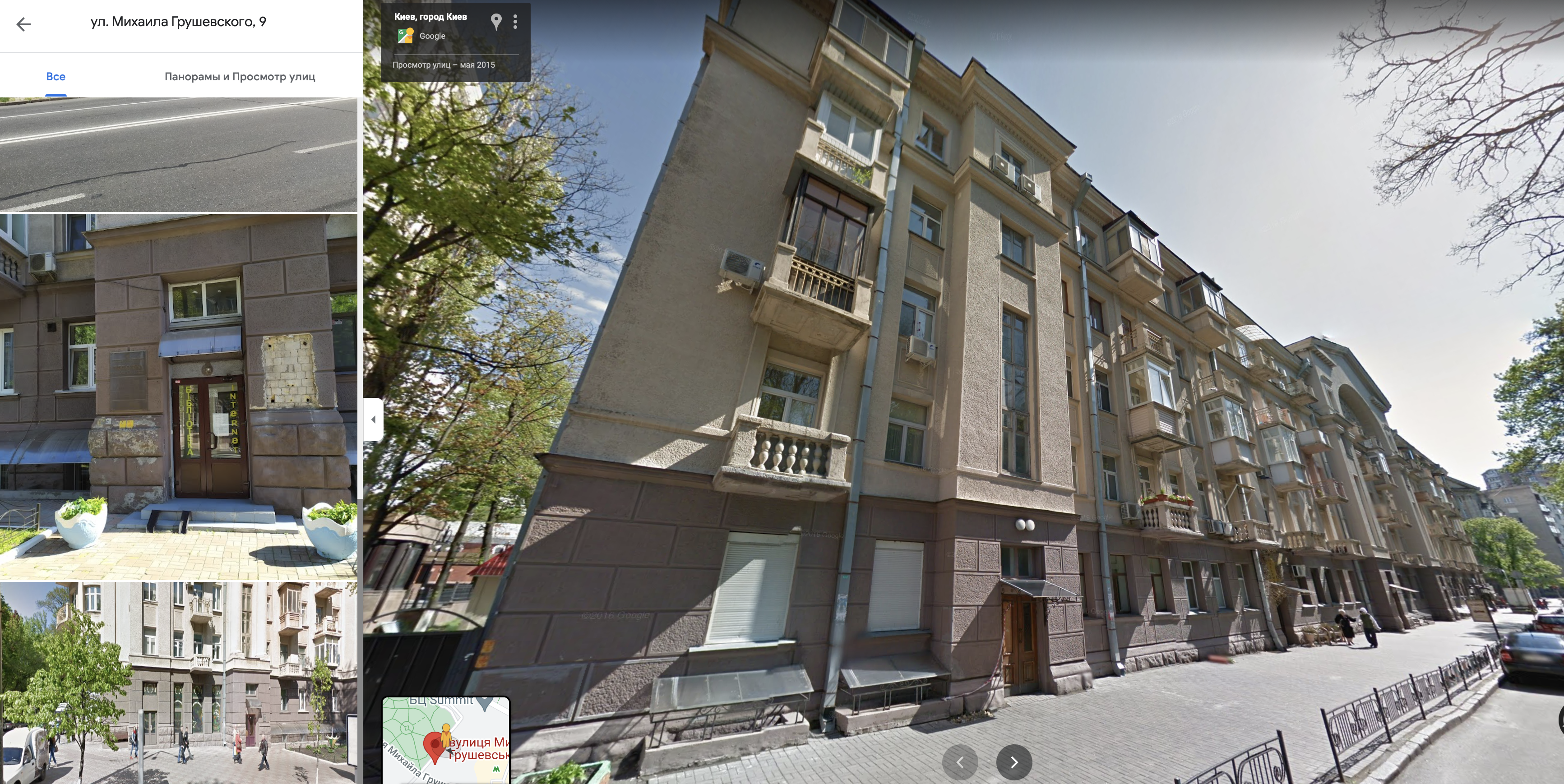 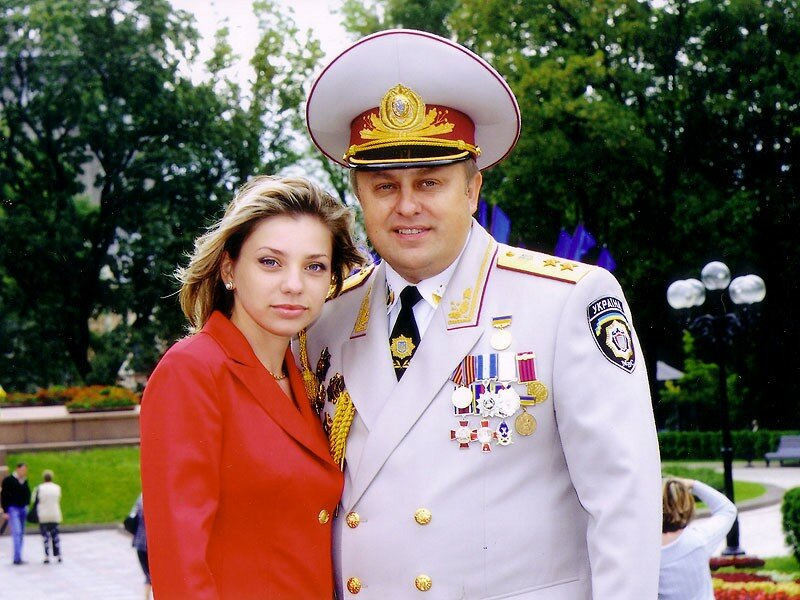 Hrytsak Vasily, presumably with his daughter (taken from a free Internet source) 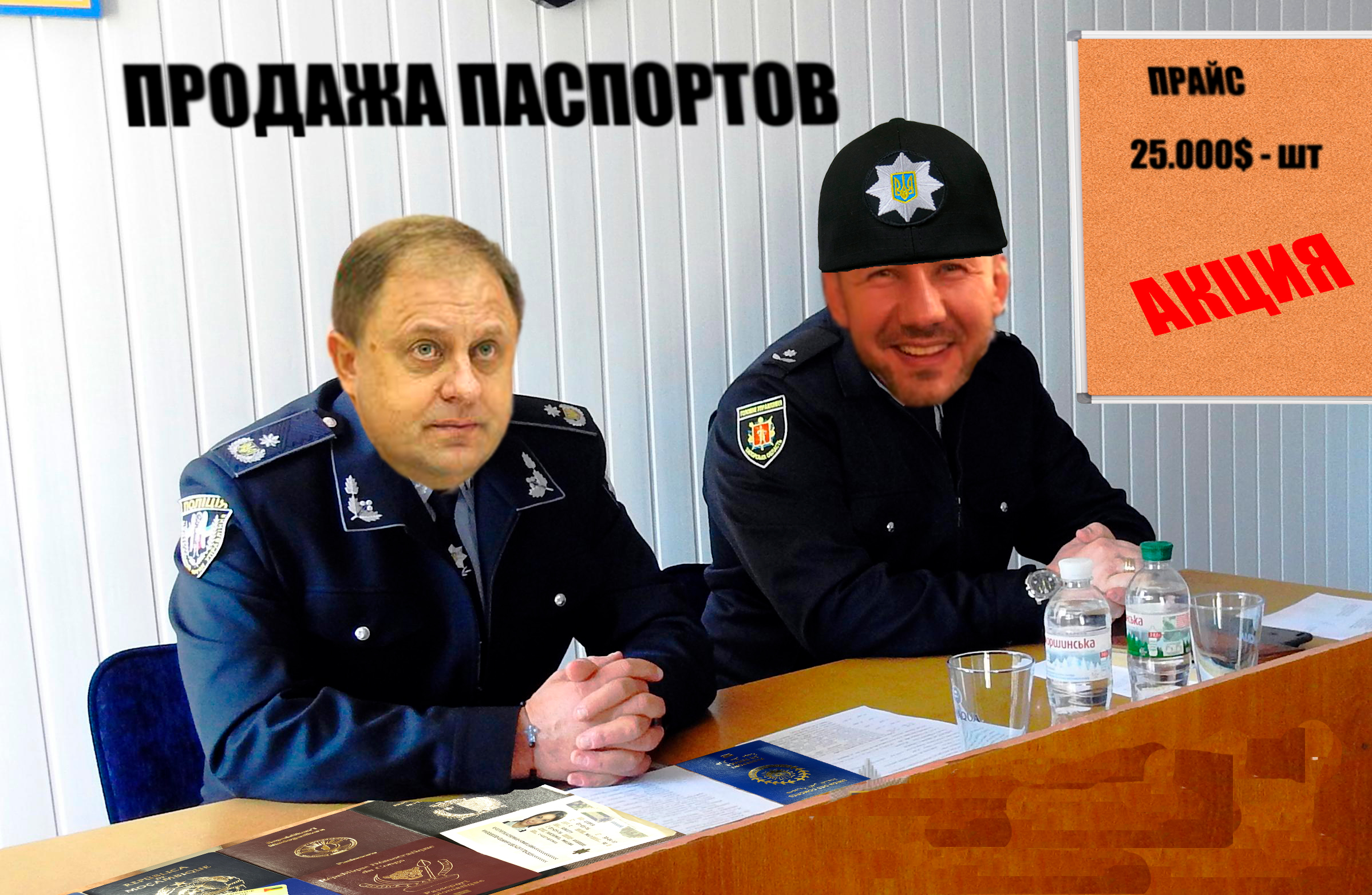 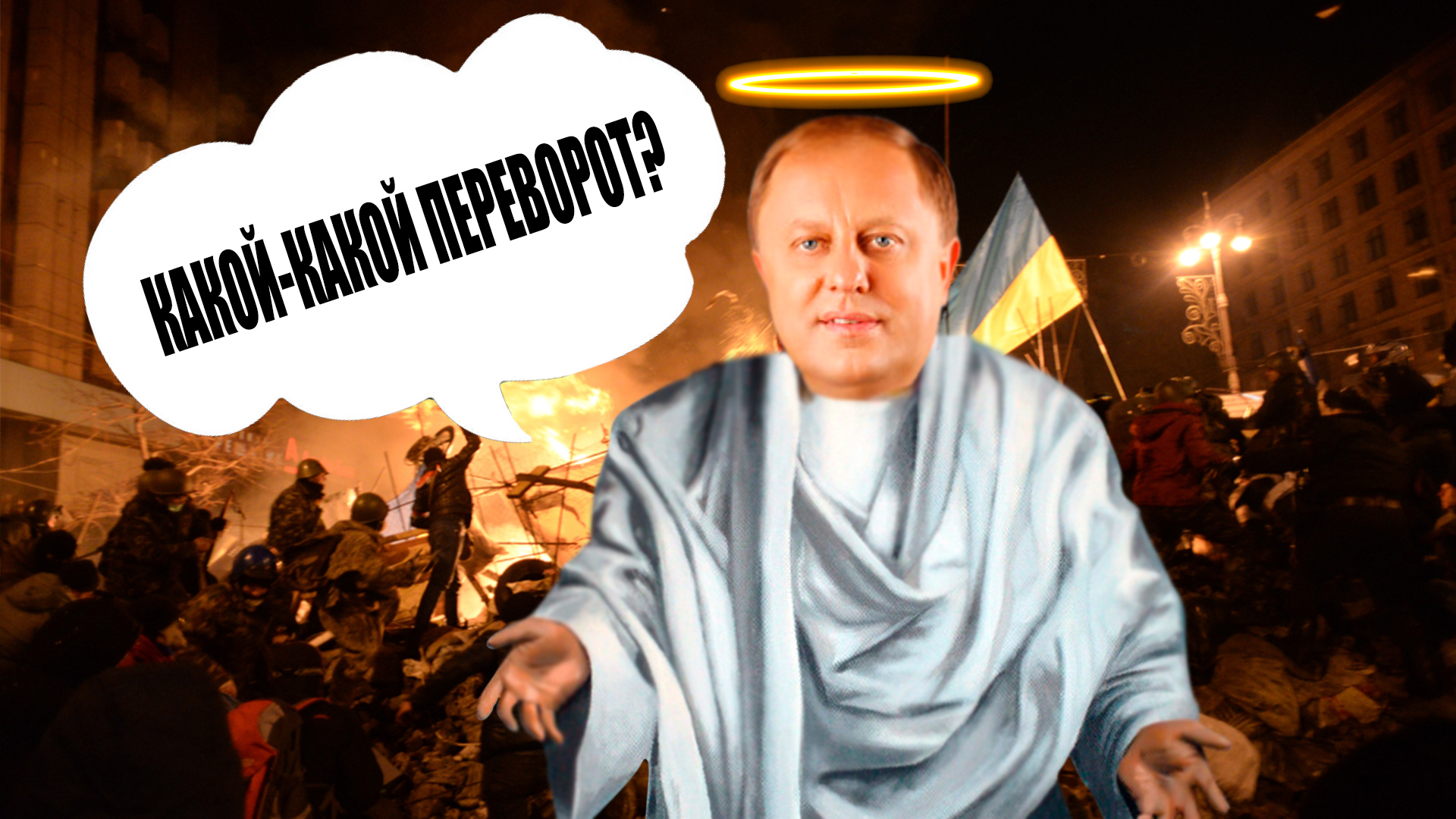 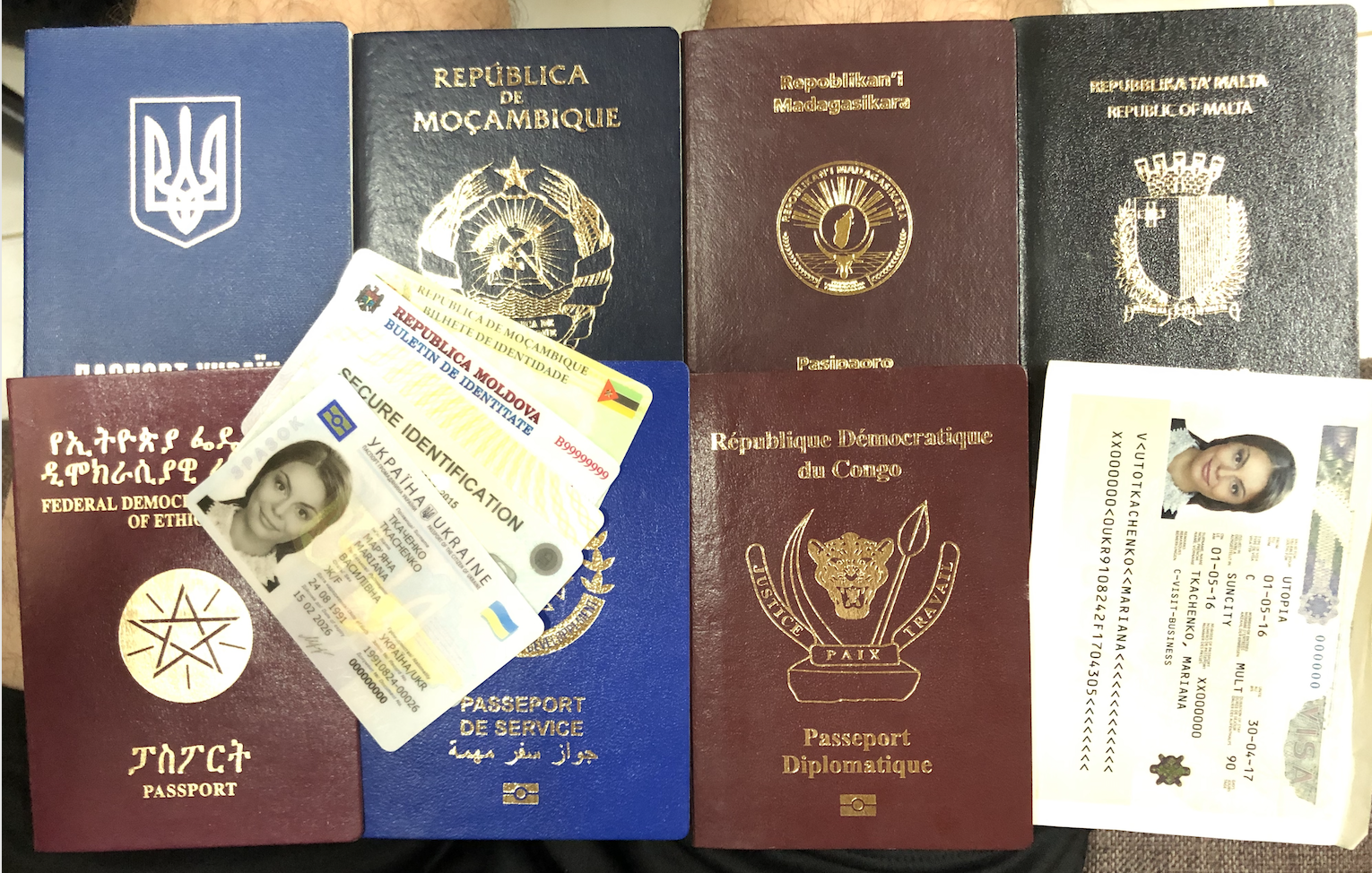 Grytsak, a former top official of the Ministry of Internal Affairs, denied his participation in the preparation of the coup, quote: “I could not even have plans for about participating in some kind of coup d'état.

Former Deputy Chairman of the State Migration Service of Ukraine and former high-ranking official of the Ministry of Internal Affairs Vasily Hrytsak objected to his participation in the preparation of the coup d'état, which was previously told to BuzzFeedNews journalist Christopher Miller in the President's Office.

Hrytsak told about this in a commentary to Obozrevatel.

“There is no reason to say that I am involved in any conspiracy or coup d'état, whether Akhmetov uses me or I help him,” the ex-official said.

He denied the information that he left Ukraine after 2014. According to him, he currently lives in the Kyiv region. He also added that in Crimea, where all the defendants are allegedly located, he was last in 2005.

He also denied communication with Rinat Akhmetov – according to Gritsak, the last time he saw him was in 2007.

“I had no business with him,” Hrytsak emphasized.

At the same time, he confirmed that he knew General Eduard Fedosov, whom the BuzzFeed journalist mentioned as one of the rebels.

“I worked in the Ministry of Internal Affairs, he worked in the Main Directorate for Combating Organized Crime& #8230; I know him well, but the last time I saw General Fedosov was somewhere in 2010-2012. I have his phone numbers, but I don't communicate with him, I don't have any questions with him,” Hrytsak said.

He also confirmed his acquaintance with Alexei Vasiliev, who also worked in the structures of the Ministry of Internal Affairs. The last time Gritsak saw him, according to him, was in 2011 or 2012 during the presentation of awards.

“Until today, I have not met with him again and have never called,”— emphasized the former official.

At the same time, Gritsak does not know the FSB officer Vasily Laptev mentioned by Miller.

“I don’t communicate with any of them… I don't know what evidence they can bring. I couldn't even have plans to participate in some kind of coup d'état. I am not at all interested in this question, I am now taking care of my health. . I think this is nonsense,” Hrytsak summed up.

Recall that during yesterday's press marathon, President Volodymyr Zelensky said that he had information about a coup attempt being prepared with the participation of Russians on December 1-2.</p

In conversations intercepted by intelligence, it is said that Ukrainian society is allegedly ready for a new revolution, and “Rinat Akhmetov is ready to get involved in the issue of a coup d'état – changing the current president.”

Later, journalist of the American edition of BuzzFeed Christopher Miller tweeted that the coup d'etat was allegedly planned by an FSB officer and three defectors from the Ukrainian Interior Ministry who are in the occupied Crimea. Among them, the name of the former deputy head of the State Customs Service of Ukraine Vasily Hrytsak was mentioned. An interlocutor close to President Zelensky told the journalist about this.

Ukraine's passport mafia: who do we pay for “services”?