Alexander Shchiptsov, aka Pechersky, aka Yashin, is the leader and organizer of the Russian organized crime group Khimprom, who has been For some time he was on the international wanted list of Interpol and fled from justice in Ukraine, in February-May 2022 he was removed from the wanted list, writes delo.

The editors learned about this from their own sources in law enforcement agencies. The reason for the withdrawal of Shchiptsov’s card from Interpol was that the latter had Ukrainian citizenship, which prevented him from being issued to the applicant’s country, that is, Russia. However, according to the editors, later, in the summer of 2022, Shchiptsov's Ukrainian documents became invalid. It should be noted that the cancellation of Shchiptsov's Ukrainian passports allows Russian law enforcement officers to send a second request for the detention and extradition of Shchiptsov.

Alexander Shchiptsov, aka Pechersky, aka Yashin in the Interpol database

Russian Alexander Shchiptsov, born in 1988, became a prominent figure in the criminal world of Russia back in 2014. It was then that he created the Khimprom organized criminal group, which successfully developed a drug distribution network via the Internet. The turnover of organized crime groups amounted to huge amounts – the media reported tens of millions of dollars a month, and the Russian security forces eventually opened a case against Khimprom in 2017 for laundering 2.4 billion rubles. 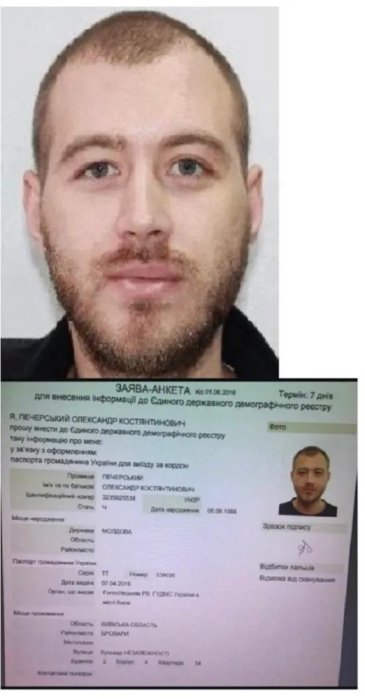 The scheme worked simply and, one might even say impudently, – the Khimprom online store was created on the Internet, and in online messengers the criminals placed advertisements for the sale of drugs with prices and purchase schemes. “Duplicates” of “Khimprom” were multiplying in social networks – regional sites with meaningful names, under whose signs drugs were sold with might and main. Narikella, Elitshop, Bucks, Zara, Neighbor, MoZaika are just some of the hundreds of other names. Needless to say, all sites lived for a very short time – constantly changing addresses on the network in order to disguise themselves from law enforcement agencies

Almost from the very beginning, Khimprom, led by Yashin and his “comrades-in-arms”, turned from a local organized criminal group into an international criminal network – mass recruitment of members of the group in Ukraine began.

The media wrote that under the guise of international logistics companies, Ukrainian publications posted vacancies that offered “highly paid work as couriers or freight forwarders in Russia.” At the same time, interviews with candidates were held in large Ukrainian cities, including Kyiv. They took the matter seriously: interviews using a lie detector, express courses on the rules of communication with clients, on the use of payment systems. Special attention in Khimprom was paid to the methods of transportation and packaging of drugs, as well as methods of organizing caches.

If a candidate went through all the stages of preparation, Yashin's “Khimprom” employees provided him with bank cards issued to nominees, fictitious passports and a Russian driver's license.

By the way, the scale of Khimprom can be judged by the dry press release of Russian security officials who tried to defeat the group in 2017:

“More than 4 tons of synthetic drugs, 3 tons 500 kilograms of precursors, 250 pieces of laboratory equipment, 9 cars, more than 2 million rubles, 18 general passports of the Russian Federation with signs of forgery were seized from illegal circulation. 67 drug gang members were detained, 47 of whom are citizens of Ukraine” 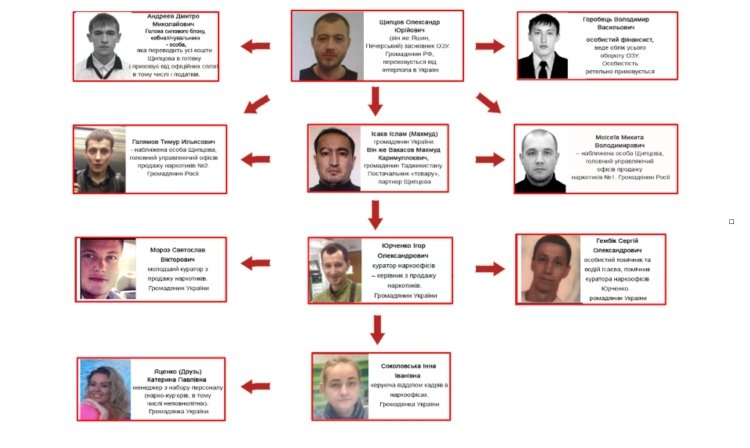 According to Ukrainian lawyer Dmitry Kalenov, while continuing to manage Khimprom, Shchiptsov legalized himself in Ukraine in 2014, illegally obtaining a Ukrainian passport. He needed this in order to avoid extradition through Interpol. Yes, and in Russia, the security forces needed him.

At the moment, Shchiptsov-Yashin-Pechersky is wanted under Article 228 of the Criminal Code of the Russian Federation: “production and distribution of narcotic substances.”

As it became known to the editors from reliable sources, Yashin-Schiptsov has another passport and a driver's license – Valery Sergeevich Abramov, who lives at the address: Kyiv, Derevlyanska street 19.

“As far as we know, in May 2017, he was put on the federal wanted list of the Russian Federation. In July 2017, Shchiptsov was put on the international wanted list through Interpol, so in order to avoid Russian justice, he stays on the territory of Ukraine. Back in 2014, Shchiptsov received two fake passports, the first with the last name – Yashin Alexander Yuryevich – the birthplace of the Russian Federation, the second with the last name – Pechersky Alexander Konstantinovich – the birthplace of the Republic of Moldova, ”says the lawyer.

We can assume that Pechersky is the surname that Shchiptsov took when he married a citizen of Ukraine – Pecherskaya Arina Viktorovna. The marriage did not last long – from 2016 to 2018 and was terminated by mutual agreement.

But if the marriage did not last long, then Khimprom's activities in Ukraine continue to this day, despite the war. At the same time, the special services of Ukraine already had at least several opportunities to stop the criminal activities of Shchiptsov and his organized criminal group.

According to lawyer Dmitry Kalenov, Khimprom's activities brought in about $20 million a month and about a quarter of a billion conventional units a year.

It cannot be said that the Ukrainian security forces ignored the activities of Shchiptsov and Khimprom, but the results have to wait too long .

So, in 2019, the SBU announced the exposure of the Shchiptsov group. Then the investigation found that since 2014, drug traffickers have established an extensive network for the sale of drugs for cryptocurrencies in the territory of the former CIS countries. Sales were carried out through Internet sites and chat bots in the Telegram messenger. Subsequently, the cryptocurrency was transferred to cash, and the money was legalized in Ukraine.

The catch of the SBU was rich. During the operation, twenty people were detained, 80 searches were carried out, money, gold and jewelry worth $5 million, black bookkeeping, drugs, firearms, explosives, and special equipment were confiscated. So, in Kyiv, during searches in a private house on Osokorki, security forces discovered a drug laboratory, seizing equipment for the manufacture of drugs, more than 10 kg of the psychotropic substance alpha PVP, 5 kg of mephedrone, over 5 kg of amphetamine with a total value of more than UAH 20 million at black market prices. .

However, the detainees have not yet received real terms – the pre-trial investigation is still underway. A year later, they even protested against the activities of the organized crime group near the office of the Prosecutor General.

Alexander Shchiptsov and the Khimprom organized crime group in the case

With the outbreak of Russia's war against Ukraine in February 2022, a lot has changed for Shchiptsov. Since the Ukrainian authorities stopped any communication with Russian representatives, the request for the extradition of Shchiptsov through Interpol to the Russian Federation became impossible. According to the editorial staff, in the period from February to May 2022, Shchiptsov-Pechersky ceased to be of interest to Interpol.

However, the interlocutors of the editorial office in law enforcement agencies say that in the summer of 2022, all the documents that allowed Shchiptsov to live in Ukraine have been cancelled. This situation is a green light for the Ukrainian security forces, who could also activate the investigation into the Khimprom case, which has been going on for more than a year security forces and stays in a pre-trial detention center. At the moment, the issue of Shchiptsov's extradition to the Russian Federation is being decided.

Artem Petrashkin from the GPU is protecting the drug business