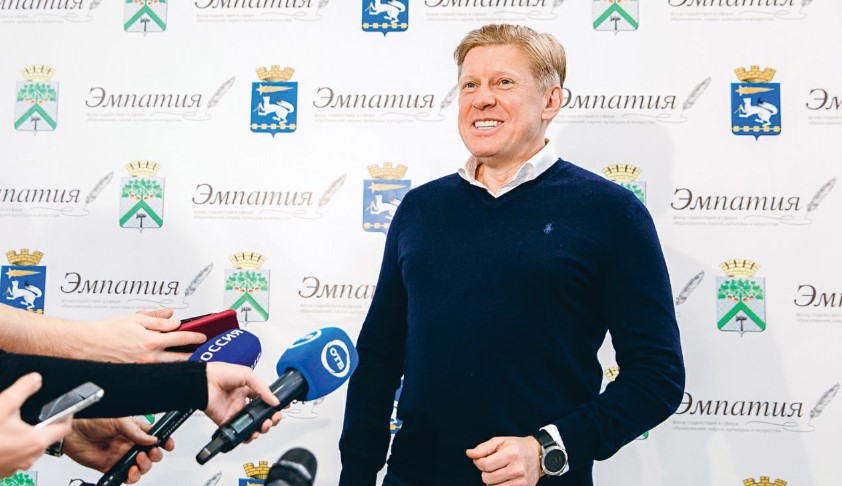 The Supreme Anti-Corruption Court (VACC) on December 26 began consideration of the case on the lawsuit of the Ministry of Justice on the confiscation of Ukrainian assets of Mikhail Shelkov, the main beneficiary and member of the board of directors of the world's largest titanium producer, Russian PJSC VSMPO-Avisma Corporation, reports EP.

It is noted that as third parties Ukrainian LLC Demurinsky Ore Mining and Processing Plant and the companies Investagro, VSMPO Titan Ukraine, Tai-Minerals and its co-owner, Cyprus-based Limpieza Limited, founded by him, were involved in the case.

At the same time, Shelkov was included in the Ukrainian sanctions list in 2021.

In October 2022, the sanctions were expanded to include Limpieza Limited.

It is also reported that the Kyiv District Court on June 8, 2022 years, within the framework of criminal proceedings, the pre-trial investigation of which is carried out by BEB detectives of Ukraine, re-arrested 100% of the corporate rights of Demurinsky GOK, which supplies titanium raw materials.

The BEB stated that during 2020-2021 this company was illegally exporting raw materials to sub-sanctioned territories through an Austrian company, underestimating the cost of products sold.

The plant is developing the Volchanskoye field in the Dnipropetrovsk region and is registered to the Cypriot offshore company Limpieza Limited. According to Youcontrol, the ultimate beneficiary of the enterprise is Russian billionaire Mikhail Shelkov.

Shelkov is number 56 in the Russian Forbes with a net worth of $1.5 billion. He is the Deputy Chairman of the Board of Directors of the Russian VSMPO-Avisma, the largest Russian supplier of titanium and one of the largest in the world.

The billionaire in the past headed one of the subsidiaries of Rosoboronexport under the leadership of Sergei Chemezov, a sanctioned oligarch who now heads the arms giant Rostec.