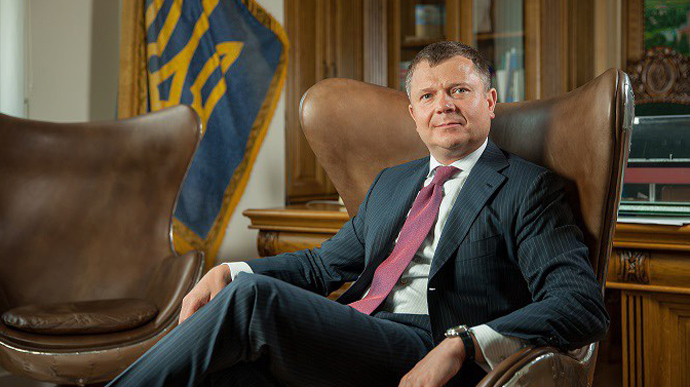 For 7 years now, UkrRudProm has been stubbornly explaining and proving with facts in hand that Kostya Zhevago is a stupid bastard. However, despite the picturesque history of relations with the defendant, we are far from interpreting his victim behavior only as a result of the habit developed over the years of being a billionaire to shine in Courchevel.

It was obvious that from the moment of his flight from Ukraine in 2019, Zhevago, who then just lost his mandate as a people's deputy, is gradually losing control over the situation and the loss of key assets is only a matter of time.

The situation has become especially aggravated in the last six months. If before that Kostya was accused only of bringing his bank “Finance and Credit” to bankruptcy (the Deposit Guarantee Fund claims that 5 billion hryvnias were withdrawn from it, which theoretically threatens Zhevago for a period of 7 years), now persistent attempts have been added to this deprive him of control over industrial assets.

In September, the Northern Economic Court of Appeal found Zhevago’s purchase of a 40.1% stake in Poltava GOK (a key production asset of Zhevago’s British group Ferrexpo) illegal as much as 20 years ago. The plaintiffs were 4 Cypriot offshore companies owned by the Slovak group VS Energy, which is controlled by prominent Russians: the president of the Moscow CSKA Evgeny Giner, the vice speaker of the State Duma of the Russian Federation Alexander Babakov and the thief in law Misha Luzhnetsky (Mikhail Voevodin).

However, Zhevago claims that Igor Kolomoisky is behind this lawsuit today. Be that as it may, it is obvious that in modern Ukraine, neither Luzhnikov's nor Benya will receive a blocking stake in Poltava GOK.

And in November, Secretary of the National Security and Defense Council Oleksiy Danilov, Prime Minister Denys Shmigal and Minister of Defense Oleksiy Reznikov announced the de facto nationalization of several enterprises during the war, including AvtoKrAZ Zhevago.

In addition, the Ukrainian state There is a whole bunch of claims against the already mentioned Ferrexpo, where Zhevago owns more than half of the shares: from tax claims (incorrect payment of royalties for several billion hryvnias) and ending with environmental claims against all three mining and processing plants of the company.

In short, Zhevago already understands that his Ukrainian assets have been heavily taxed and their relatively honest seizure is not far off. In this situation, drawing maximum attention to a future transaction in exchange for the need to marinate in a Courchevel jail for several days is not such a bad option to start negotiations on the sale of Ferrexpo on the merits. With maximum public attention to the process. So to speak, under the spotlights.

Recall that a similar path has already been taken by Russian billionaire Mikhail Prokhorov, who was set up in Courchevel either with models or with prostitutes by his partner in Norilsk Nickel Vladimir Potanin. As a result, Prokhorov sold his stake and, immediately after the global financial crisis of 2008, due to the presence of hard cash on his accounts, and not the rapidly declining share price of the raw material company, he topped the rating of the richest Russian oligarchs for several years.

Yes, the game is quite risky. Theoretically, Zhevago could be extradited to Ukraine. But as we know, Kostya's lawyers have already arrived in Courchevel and are now working for the benefit of their client. And as the case of Dmitry Firtash shows, it is possible to fight legal battles regarding the extradition of a Ukrainian billionaire even to the United States for almost a decade.

And if, as in the case of Zhevago, we are talking about warring Ukraine, then you can always prove that he it will be unsafe in every sense to be there: missiles and drones fly, electricity is cut off… In a word, horror. Only millions of ordinary Ukrainians can endure this, but not such a gentle, if not seriously ill creature as Kostya.

Strategic confiscation. What will the state do with Ukrnafta, KrAZ and Motor Sich