Gymnasium No. 59 in Kyiv will give another 0.5 million 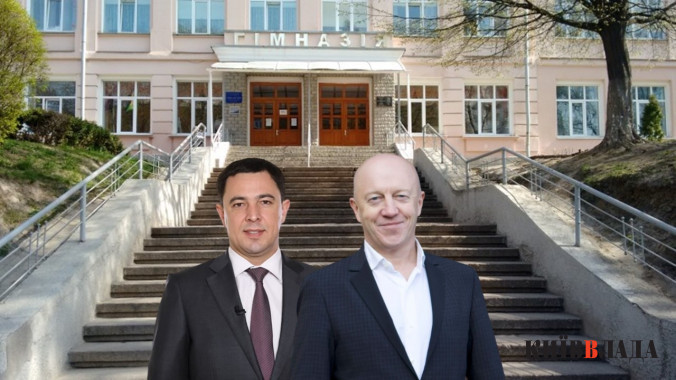 KP “Goloseyevo-stroyinvest” has concluded another contract for the reconstruction of gymnasium No. 59 named after Boychenko in the Goloseevsky district of the capital, which has been ongoing since 2018. A fresh contract worth almost UAH 50 million went to Bud-Optima-Construction LLC. This company last year replaced the first renovation contractor associated with scandalous real estate developer Maxim Nikitas. But it seems that the change of contractor did not bring much closer to the completion of the reconstruction, which, according to the project, was planned to be completed in just fifteen months. Contracts for almost UAH 333 million have already been signed for these works, but this is far from the limit, because its estimated cost, which the city officials are constantly increasing, allows another hundred million hryvnias to be spent on these works.

As it became known to KV from the announcement of the ProZorro electronic system, on December 15, 2022, the utility company for capital construction, reconstruction and investment Goloseevo-stroyinvest (*) entered into an agreement with Bud-Optima-Construction LLC (**) for the completion of construction works Reconstruction with the addition of buildings and structures of the gymnasium No. 59 named after Boychenko on the street. Bolshaya Kitaevskaya, 85 in the Goloseevsky district of Kyiv. The contract price was UAH 49.88 million.

According to the contract, by the end of May 2023, the contractor must complete earthworks, facade, electrical work, as well as work on the foundation, walls, ceiling, roof, windows and doors.

The purchase was made through “open bidding with features” , which, according to the decree of the Cabinet of Ministers of October 12, 2022 No. 1178 on public procurement under martial law, it is allowed to conclude a contract without an auction.

On December 23, 2022, based on the results of procurement monitoring, the State Audit Service asked Goloseevo-stroyinvest to explain what documents substantiate the technical and qualitative characteristics of the subject of procurement and determine its expected cost. As of December 27, the customer did not provide an answer to the auditors in the ProZorro system.

Recall that the reconstruction with the addition of buildings and structures of gymnasium No. 59 has been underway since 2018. The first contract (price – UAH 172.9 million) for the reconstruction of this gymnasium was concluded by KP Goloseevo-Stroyinvest on July 16, 2018 with North Ukrainian Construction Alliance LLC (***), which is associated with the infamous developer Maxim Mykytas . The second contract (price – UAH 83.2 million) for the implementation of additional construction work was concluded with the same company through the negotiation procedure on August 13, 2020. The work under the first contract was to be completed by the end of 2020, and under the second one by the end of August 2021. Reports on their implementation in the ProZorro system were not published as of December 27, 2022.

In 2021, Goloseevo-stroyinvest decided to change the contractor for the reconstruction of the gymnasium: Bud-Optima-Construction LLC became it. Despite the fact that the offer of this company in the tender was more expensive, on September 28, 2021, the parties signed an agreement worth UAH 26.84 million for additional work on the specified reconstruction, which was to be completed before the end of last year (the report on the implementation of the agreement has not been published) . On February 14, 2022, the parties entered into another contract (price – UAH 26.15 million) for the completion of the said reconstruction, but in the summer the contract was terminated due to Russia's attack on Ukraine with zero payment.

Thus, for 4.5 years, Goloseevo-stroyinvest has already signed contracts for the reconstruction with the addition of buildings and structures of Boychenko Gymnasium No. 59 for UAH 332.92 million (excluding the terminated contract and contracts for design work) .

According to the Youcontrol analytical system, Bud-Optima-Construction LLC was registered in 2017 in Kyiv. The authorized capital is 1,000 hryvnias. Founders — Alexander Kalinichenko, director — Sergey Serbin.

According to Clarity-project, as a result of participation in public procurement, Bud-Optima-Construction LLC concluded 9 contracts worth UAH 158 million. The largest customer is KP Goloseevo-stroyinvest, with which 3 of the above contracts were signed for almost UAH 103 million. The remaining 6 contracts for UAH 55.11 million with Bud-Optima-Construction LLC were concluded by the Engineering Center for overhaul in the Kiev City Maternity Hospital No. 1.

Since January 2021, Bud-Optima-Construction LLC has been involved in criminal proceedings investigating the investigative department of financial investigations of the Main Directorate of the State Fiscal Service in Kyiv (proceeding dated January 19, 2021 No. 42021100000000038). According to the materials of the case, Bud-Optima-Construction, along with a number of other companies, are suspected of tax evasion on an especially large scale in the course of their activities in 2019-2020.

Earlier, KV reported that since January 2020, the National Police has been investigating criminal proceedings No. 42020101010000004 on the fact of the possible embezzlement of budget funds by officials of the KP Goloseevo-Stroyinvest in favor of North Ukrainian Construction Alliance LLC (the first contractor of the reconstruction. As the investigators found out, during the formation officials of Golosiyevo-Stroyinvest deliberately overestimated the scope and cost of the procurement costs. As a result, the parties signed acts of work performed, which were not actually carried out, and the cost of reconstruction materials was significantly higher than the average market.

KP Golosievo-Stroyinvest Stroyinvest” is subordinated to the Goloseevskaya Regional State Administration, which has been headed by the ex-head of the Department of Urban Improvement and Conservation of the KSCA Sergey Sadovoy (in the collage on the right) since November 17, 2019. The activities of the Goloseevskaya Regional State Administration are coordinated by the Deputy Chairman of the KSCA Vladimir Prokopov (in the collage on the left).</p