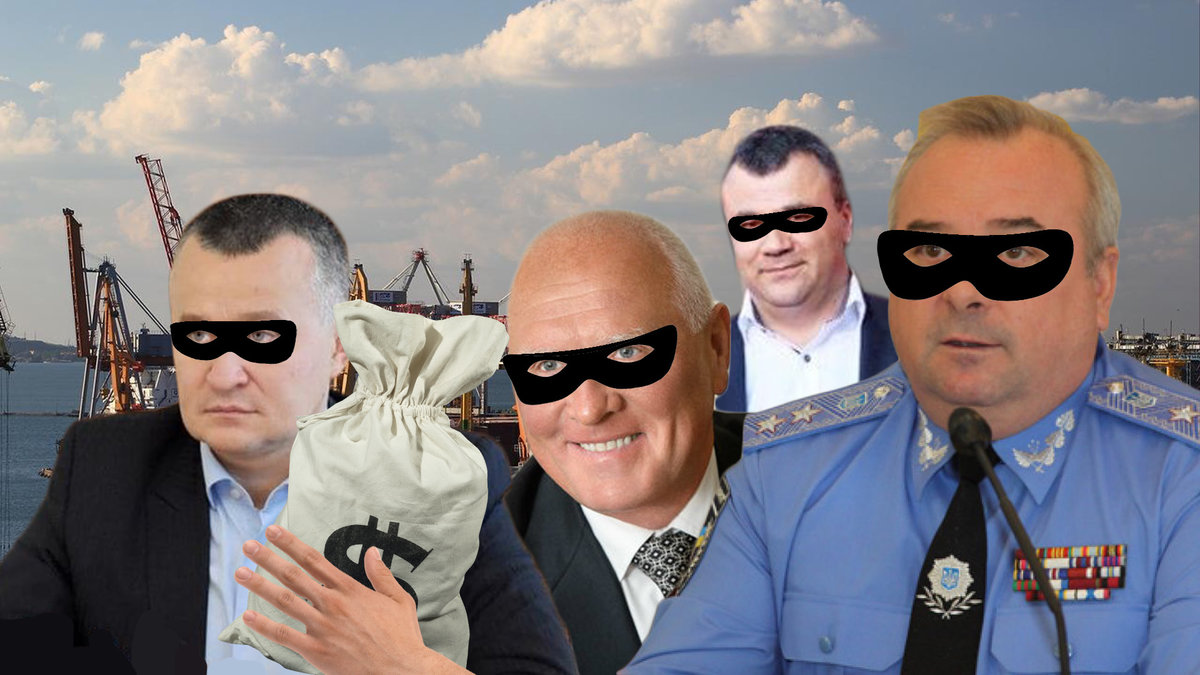 The war did not kill the desire of American investors from Argentem Creek Partners to find $ 75 million stolen from them in the Odessa port. The Americans invested money in the GNT Group (Olympex Coupe) of Vladimir Naumenko and Sergey Groza, which operates a grain terminal in the Odessa port, writes fttc.

It has long been clear that the Ukrainian partners “ate” the money, and therefore the Americans, using security documents, are beginning to attempt to establish corporate control over GNT Group companies in Cyprus and Ukraine in order to restore the normal course of business operations, conduct audits and achieve transparency in management, which will allow investors to return the money invested.

GNT Group. A stable hierarchical association is a euphemism for organized crime

Currently, a criminal case 420170000000001712 has been opened in Odessa on charges of tax evasion and money laundering in the amount of more than 4 billion UAH. Roughly translated, the accusation reads:

Unknown persons created a stable hierarchical association of several persons (5 or more), whose members or structural parts were organized by prior agreement for joint activities with the aim of directly committing serious or especially serious crimes by members of this organization.

The fee applies to certain regions of Ukraine (obviously including Odessa) and the territory of Ukraine as a whole.

So, who are the “unidentified persons” who “created a stable hierarchical association” (organized criminal group)?

The case concerns the activities of Olympus Group International (with which the EBRD recently became a partner), a company that several years ago was involved in a significant expansion of the grain handling capacity of the Odessa grain transportation infrastructure.

However, according to the prosecutor's office, those who invested in this infrastructure either had nefarious motives from the very beginning, or decided that ROCE/ROI required an accelerated (almost immediate) return.

The story of crime, of course, associated with Cypriot offshore companies (headed by Gregorio Andreas and Elena Fotiu, but actually controlled by Sergey Groza and Vladimir Naumenko, director of Olympus Group International), as well as Czech and British companies under the charges depicted above.

Nevertheless, 5 or more people are mentioned in the accusation, and it is possible that the persons who lead the Cypriot defense should be excluded from this list. If so, then it is obvious that these are Sergei Groza, Vladimir Naumenko and others.

Time and, possibly, the trial will show definitively. Perhaps not.

However, more educated guesses may point to Viktor Ratushnyak (who is currently wanted and in hiding after the fall of the Yanukovych regime).

Naturally, due to the scale of this crime, some members of the Batkivshchyna Party cannot be excluded, since it is the political party with the largest and most integrated reach in every city and town across the country.

Therefore, it operates not only as a political party. , but also as a national intelligence service and as a criminal fraternity.

There was no shortage of ridicule when Ruslan Tabunshchik from Batkivshchyna won his appointment as head of the Commission on Legal Policy, Law Enforcement and the Fight against Organized Crime and corruption” of the Odessa Regional Council.

Soon his “assistant” Vladislav Repula was appointed to the “Police Commission of the Odessa Region”.

More names that could be linked to the organized crime euphemism that this particular one represents” stable hierarchical association” (among many)?

It is quite possible.

Evroterminal LLC: Who is worth behind a structure that earns millions of dollars bypassing the budget