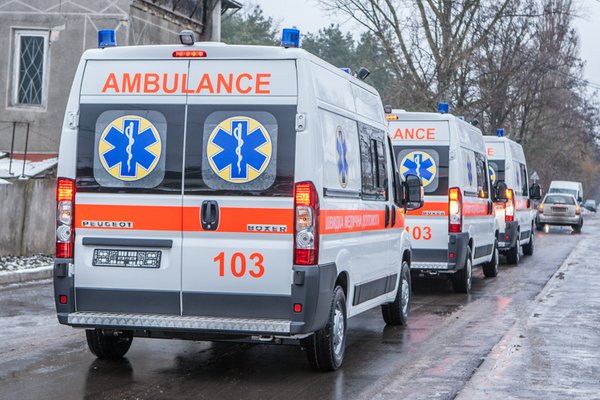 Fistal delivered only a quarter of the ambulances , for which a year ago I received 1.3 billion in advance from the state

As of December 26, Herman Fistal's Avtospetsprom delivered 197 out of 815 ambulances under last year's contracts with the Medical Procurement of Ukraine state enterprise. This was reported by Medical Purchases in response to a request from Our Money.

Last year, Medzakupki gave Avtospetsprom 94% of contracts for the supply of ambulances. The total amount of orders of UAH 1.34 billion for 815 vehicles of types B and C was then equal to $50 million. According to E-Dat, under last year’s contracts, Avtospetsprom immediately received UAH 1.34 billion in advance from Medzakupok, and almost two a third of the amount was gradually transferred to other companies for minibuses and medical equipment for completing ambulances.

Fistal delivered only a quarter of the paid ambulances

However, 14 out of 18 contracts have not yet been completed. They were continued three to seven times: the last continuations took place in August and October – under various agreements until October 28 or until December 23, 2022. These deadlines have already expired, but new additional agreements have not been made public.

As of the date of the answer on December 26, almost a quarter of the ordered ambulances were delivered under these contracts: 197 out of 815. Including 165 vehicles were transferred to Medical Purchases, and 32 vehicles to the military. Thus, Avtospetsprom has to deliver 618 ambulances.

At the same time, the contracts stipulate penalties that should be imposed on the contractor for disrupting deliveries. However, they were not applied to Avtospetsprom. Moreover, Medzakupki made a new order to this company in the summer of 2022 for ambulances of type C for UAH 146 million. The price in dollars increased by 3-22% against the previous year (see “Courageous Fistal. How a monopoly on the supply of ambulances was created in Ukraine).

Also, Fistal's company recently received another large order worth UAH 143 million. Kyivmedspetstrans ordered 54 type B ambulances at 73,000 euros apiece. This is 20,000 euros more than the MZU ordered Avtospetsprom a year ago. And these contracts have not yet been fulfilled. On December 15, Kyivmedspetstrans terminated the contract with Fistal's company due to its failure to fulfill it.

The ultimate beneficiaries of Avtospetsprom from near Kyiv are Herman Fistal, as well as the sons of his late brother Volodymyr Fistal – Artem Fistal and the minor Emil Fistal, who in this status is represented by Svetlana Fistal. The father of German and Vladimir Fistalov is the famous doctor and professor Emil Fistal, who in recent years worked in Russian-occupied Donetsk and received awards from the so-called DPR.

Recently, Zerkalo Nedeli interviewed Andrei Kaluzhinskiy, head of the main NABU detective unit. Journalist Inna Vedernikova recalled “the famous Fistal dynasty, who both before the war and now buy medical equipment as part of the same Great Construction.” Enormous funds are washed out of the budget in wartime. Equipment on a large scale is supplied many times more expensive than purchased.”

“We are aware of such facts, they are being investigated. By and large, such schemes exist in all directions. Cases with medical equipment are just one of them.”

The state bought ambulances for 146 million at an increased price from Fistal, who thwarted last year's orders

(Not) transparent purchases: how Chinese tomographs are bought in Ukraine at inflated prices