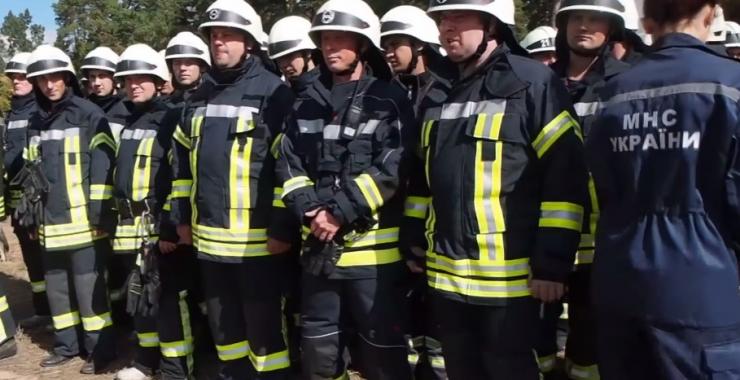 “We are the staff and employees of the Uzhgorod ArZ Joint Venture, no longer asking and complaining about resolving our issue, but waiting for the cup of our shame and humiliation it will overflow and then the *red river* will flow. And then don’t say that no one contacted or warned, the firefighters write.

This appeal is for publicizing the existing problem and we want to inform the society of the country, law enforcement agencies; National The police, the prosecutor's office, the SBU, the State Bureau of Investigation, the office of the President and, in the case of the President himself, on the state of affairs in the Main Directorate of the State Emergency Service in the Transcarpathian region.

And the matter will be about the appointment in 2021 of Malyk Yuriy Nikolayevich as the first deputy of the ARZ of the joint venture of Uzhgorod, having removed the acting, really literate and intelligent person Mikhal V.M. I categorically refuse to call this person an officer, he was appointed to the position in violation of all legislative, governing and personnel documents, without professional education, proper training, what kind of training could there be if the person was absent from work and at the workplace from 2010 to 2021, only running to the office from the tihar, receiving the title of which he is unworthy. This is a crime (all the chiefs of the detachment covered by order of the chiefs of the GU of the region). All this will be 100% confirmed by the personnel and workers of the detachment, come and conduct a proper survey with workers, officers and enlisted personnel.

Well, everything would be fine if a worthy person was appointed to the position, and there were enough of them with real length of service with professional training and moral and psychological balance. But Mr. Gudak R., head of the GU GSChS, does not find the best, but finds the worst at the suggestion of Zilinsky, the former head. Department of the Ministry of Emergency Situations in the Transcarpathian region. and some corrupt Uzhgorod underdeputies. I have been serving since 2010. in the ARZ, the joint venture did not see him not only in the ranks, but also in the form of the State Emergency Service, as he said, it’s enough that I live on the territory of the detachment and when the whole detachment lined up on the parade ground in the morning, at that time he was walking in shorts with his dogs (underpants , intimidated the entire detachment, they rush at the children), firefighters write.

To our surprise, the commission arrived headed by Mr. Semikopny A.D. conducted an “anonymous” survey and after the survey, Malik Yu.M. for the first time he began to threaten the o/s and smile “who the cattle will listen to you” although by that time they demanded cement and money from people for construction.

Mr. Hudak R. and the leadership of the State Emergency Service of Ukraine, out of old habit, spat and they spat in the face of us and the employees of the ARZ SP, this appointment and attitude towards us humiliated our dignity. We swallowed this event and began to “Exist” under constant pressure from this stupid and illiterate first deputy of the ARZ SP.

From the first days, he began to take revenge and morally crush people who spoke out about his appointment. In relation to the s/s and employees of the ARZ SP, the concept of subornation ceased to exist in relation to all rescuers, workers and women. He speaks only obscenities with the humiliation of the heads of departments in the presence of subordinates, even at a meeting with the Chief. detachment calls obscenities. Workers collide with each other telling false information. Repeatedly before the o/s he spoke negatively in the beginning. detachment Kamenchuk E.V. who is a smart and important person, that “he is stupid, I will teach him how to work with subordinates”, and the deputy in response says that he is “lowered” and there is no word here.

Now the work of the first deputy of the ARZ JV Malyk Yu.M. will develop not in service activities and organization of guiding documents, response plans, professional activities of the detachment, but in the organization of gossip and ridicule at the level of their mental abilities, but great, as he says, in the reorganization of the detachment and everything that was done by our hands and as he spoke for our money on order. “You get a lot and why they pay you such money” takes a picture on the phone and sends it to the beginning. Gudak R. that he did everything and no one before him did anything here. His main priority is manipulating people.

For the admitted shortcomings in the service, in work, in communication with him, an untimely report, the wrong answer, he didn’t look like that, you don’t stand there, you don’t do anything in a threatening form, putting people on the hook, and the hook is corrective work or money. And for this money you have to buy everything he wants (plastic windows, a kitchen for the dining room, locks, cement, spare parts for official cars and much more). A year after his appointment, he never remained as first deputy to act for the Head of the detachment (because he was dumb), did not conduct a single formation of the detachment as a leader. In his understanding, a report to the head of the detachment in front of the o/s is a humiliation of his status, for him we are all cattle.

There is no desire to work in such an environment, and shame is not a service, it is a parody. “Prevent” “Save” “Help” in the State Emergency Service is a sham. After all the moral humiliation, it’s not so much to serve, to save someone, but to kill.

And the moral is that you can not serve in the State Emergency Service for years, but at the same time receive a title, a monetary allowance, and then ten years later to receive positions because you are “a friend, brother, matchmaker, hand-me-down deputy” and later the position of the head of the detachment, which he himself tells everyone more than once.

Request to Mr. Gudak R. if Malik Yu.M. such an invaluable staff to YOU ​​in the GU GSChS in the Transcarpathian region, smart, erudite, then take him to your place and let him show his professional abilities somewhere in a position in the GU. we call on the Law Enforcement Agencies to give a legal and personnel assessment in this illegal appointment and personally to Mr. Malik Yu. in the State and in such a service as the State Emergency Service, firefighters write. p>The State Emergency Service bought an Electrolux washing machine and dryer at an abnormal price due to tender fraud

Vladimir Bashliy, head of the Lubensky district department of the State Emergency Service, demanded and received a $1,000 bribe per month for positive inspections of a brick factory