Bondholders of Privatbank will teach how to squeeze out billions 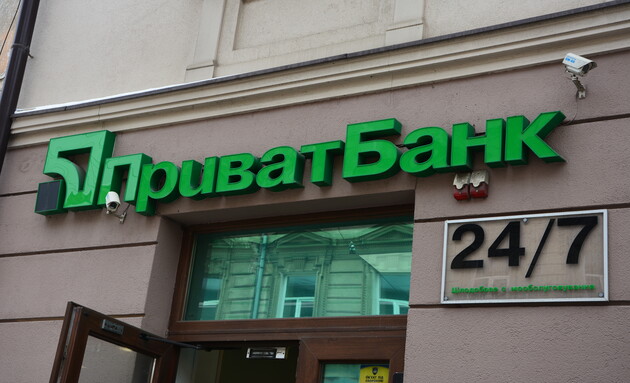 Privatbank bondholders will teach how to squeeze out billions

Once a Russian businessman, an international investor and FLP enter court…

This would be a good start to a joke if it were not about the Economic Court of Kyiv. But judging by the fact that our judicial system is the world record holder for making biased and absurd decisions, our story will not be fun. However, it is still a very interesting and important story, writes ZN.

It began with a bail-in – the exchange of Privatbank's obligations for its shares during the nationalization. Oh yes, there is no end to this epic… The owners of Privat Eurobonds then received new securities of the bank instead of bonds, which were then sold to the state for hryvnia. It is clear that the bondholders were unhappy and went to the London International Arbitration to prove the illegality of the bail-in. They didn't prove it. After the Bank of England recognized the Ukrainian bail-in as completely legal, the London Arbitration Court made an unequivocal and final decision in favor of the bank. Among other things, confirming that now the bank has no obligations to the plaintiffs, that is, it does not owe them a penny.

Then everyone breathed a sigh of relief, since this was the only point in the history of the nationalization of Privatbank. Well, now there is a semicolon, because six years after the nationalization, individual bondholders — creditors decided that it was still possible to win.

The National Bank of Ukraine at one time submitted a request for the recognition of a bail-in to the Bank of England, not because it was looking for a prophet abroad, but because this recognition, in fact, exists for the international settlement of disputes. It allows decisions made in one jurisdiction to be valid in other countries. It is unlikely that anyone then expected that it was Ukraine that would eventually become a country where they wanted to sneeze at the recognition of the Bank of England, as well as at the decision of the London Arbitration. And now the question for hundreds of millions of dollars is in the hands of the judges of the Kyiv “hostess” – this is where some of the creditors went in search of the truth.

They want a simple thing – to appeal the contract for the exchange of obligations for shares. Not entirely logical, given that after the decision of the Bank of England, any claims regarding this exchange generally ceased to exist under English law, that is, enforcement under the relevant loan agreements is impossible, according to the letter of the law.

However, the plaintiffs claim that the exchange violates their rights, since now they cannot demand money from the bank on old Eurobonds. It would seem that everything is logical, but… Firstly, why did they understand this only now, and not when the Bank of England confirmed this exchange or when international arbitration recognized its legitimacy? It is even less clear why they are challenging the agreement No. 63/2016 (on the same exchange) in the Ukrainian court at all, because none of the plaintiffs is a party to this agreement, and this agreement does not violate their rights. Against this background, the fact that this “pool of creditors” is suing the bank directly, and not through the trustee, as it should have been, is already a mere trifle.

Actually, these are brief Answers to the question why there were no appeals before, and even more so in international arbitrations, are only accepted in our courts with such a bouquet of absurdity and nonsense. Yes, and there are chances to win.

Bondholders: what kind of creditors are they?

The pool of offended creditors looks more like a bunch. There are such world names and investment sharks as J.P. Morgan Securities plc and UBS AG, here is the unremarkable Shakoor Capital Limited, and next to it is Pala Assets Holdings Limited, an offshore company controlled by Russian sub-oligarch Vladimir Yorich. Well, and an individual entrepreneur Dmitry Sazonov.

There is and cannot be any sane argument in favor of J.P. Morgan or UBS in this story. Because someone who, and they understand so precisely that after the decision of international arbitration, it is illegal to go with this case to the Kyiv economic department, trying to circumvent the norms of English law. And in the company of Mr. Sazonov, it is also indecent.

Sazonov is a long-term manager of numerous companies of entrepreneur Vladislav Dreger. Don't remember who it is? This is the uncle who first handed out the assets of the Zuevsky Electromechanical Plant to judges and their drivers, and then, after three years in a pre-trial detention center, went to meet the investigation and recorded “Tupitsky's tapes.” did not cause damage and did not violate the rights. At the time of the bank's nationalization, he was not even an individual entrepreneur, therefore, he acquired the bonds after the exchange, knowing full well what kind of securities they were. Yes, he probably bought them not for the sake of profit, but just for the sake of participating in this process. Strengthened, so to speak, a pool of creditors.

The squabbles do not end there – obviously, the plaintiffs, having embarked on a slippery slope, decided to roll to the very bottom without slowing down. “Revolver” is lawyer slang to describe a way to bypass the system of automated assignment of cases to judges. Several identical claims are filed from different plaintiffs with insignificant technical errors, an automated system scatters them among the judges, and as soon as at least one of the cases gets to the right judge, the “revolver” fires and all the plaintiffs unite in this particular case. What about other lawsuits? So they were wrapped up to eliminate technical errors, so they didn’t return already, it happens…

In this story, a lawsuit from Shakoor Capital Limited “fired”, the rest of the plaintiffs happily joined the case as third parties persons with independent requirements.

The “revolver” hit the judge Dmitry Baranov. And, by the way, he is an extraordinary person. In particular, he is known for the fact that in the lawsuit of the Nikopol Ferroalloy Plant against Privatbank, he studied four thousand pages of the case in 37 minutes and on the same day wrote the text of the decision for 60 thousand characters! The decision, of course, was in favor of the plant, or rather, in favor of Igor Kolomoisky, who will definitely use the verdict of Mr. Baranov to defend himself in international courts, avoid charges of fraud and not return the money withdrawn from Privatbank. We have already written about this.

Privatbank bondholders will teach how to squeeze out billions

In the same case, Mr. Baranov is still collecting documents and finding out whether the respected plaintiffs have the means to cover legal costs at all. The next meeting is scheduled for mid-January, the consideration has not actually begun yet.

But what is there in fact? What will happen if the plaintiffs get their way and recognize the exchange agreement, confirmed by both the Bank of England and international arbitration, as illegal?

The plaintiffs are convinced that a positive decision in this case will make it possible to appeal the decision of the Bank of England, and in the future, the decision of international arbitration. What will bring the state back to the prospect of returning to former Eurobond holders both the principal amount of debts and interest on them, that is, more than a billion US dollars. And this will be the second attempt to use the dubious decisions of Ukrainian judges (even one particular judge) to influence the courts of other jurisdictions. The handwriting of Igor Kolomoisky is instantly recognizable, because he knows how to squeeze out a billion. Which definitely does not add to our image of a country with fair and unbiased legal proceedings and zero tolerance for corruption.

This means that another possible consequence of the plaintiffs winning is the appeal to Ukrainian courts of other bondholders who also want to return their hard-earned money bypassing norms of international, and even Ukrainian, law, simply because it is still possible here.

The English courts did not help. Billionaire from Russia Yorikh is trying to cancel the technical part of the nationalization of PrivatBank through a court in Ukraine funds from Privatbank