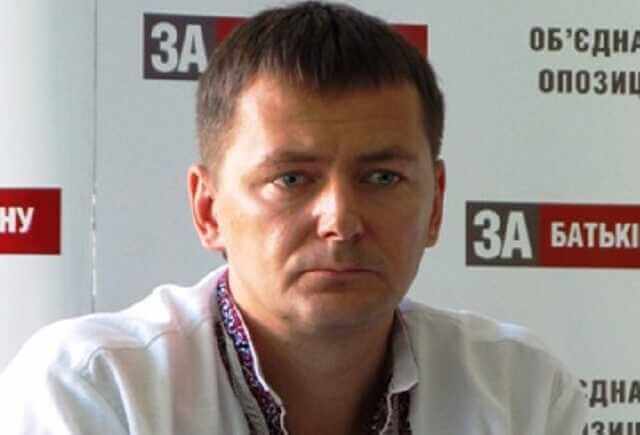 At present, more than two years have passed since the publication of the article in the media, which mentioned the main “dirty ”of the oil and gas giant Joint Stock Company Ukrgazvydobuvannya, security director Oleksandr Singayevsky, writes Antikor. -Service” and “Alfa-Shield” with roots in the Russian Federation and affiliated with the then acquitted head of the security police and the most famous Ukrainian traffic cop General Budnik.

Time has passed and we are pleased that the legal entities mentioned in our story have disappeared from the eyes of the security director of Ukrgasdobycha JSC Singayevsky. Thus, the Russian traffic police guards of the most important infrastructure facilities of the state for gas production, as we were asked, went into the history of “security laundering” of the industry. But no, Singayevsky's case lives on. So, it was during that period that companies appeared ready to protect the facilities of one of the most important industries in the country – OK Harland LLC. Have you heard of this one? ) Until 2019, this company was not actually engaged in security activities, except for certain subcontracting services for Alfa-Shield, thus it is already included in the security driver schemes for gas production facilities. After the articles about Singayevsky’s connection with Bastion-Service and Alfa-Shield, OK Harland LLC enters the arena of “safe gas fame”, which has a close relationship with the beneficiaries of the security activities of Alfa-Shield.

What's interesting. On February 26, 2019, Okhrana Company Harland LLC creates and registers a separate subdivision: “Specialized subdivision for the protection of objects of oil and gas enterprises.”

Doesn't it remind you of anything? What's next? Oil and gas complex control unit? Alpha strategy Alpha males in the “Singai kingdom” will live forever!? Someone really wants to protect the evolutionary circle from the beginning, then control, and in the future – appropriate (seize) the oil and gas complex of the state.

But the prospects are not lost. On May 18, 2021, Harland Security Company LLC becomes the winner in the tender, in which JSC Ukrgasdobycha acts as a customer, for the provision of security services for a total amount of UAH 32,793,909.92. On June 24, 2021, an agreement will be concluded between LLC OK Harland and JSC Ukrgasdobycha represented by the Deputy Director for Labor Protection, Industrial Safety and Ecology of the Branch of the Office of Construction and Installation Works Ukrgazspetsmontazh, which is essentially incomprehensible. The terms of this agreement are the provision of services for the protection of nine facilities of Ukrgasvydobycha in the period from 05/01/2021 to 12/31/2021, that is, almost two months before the conclusion and signing of the agreement. And, is this possible? But few people are interested in documenting transactions.

And if during the whole time of disputes between all those who want to become guards of the facilities of JSC “Ukrgasvydobycha” there is a substantive discussion with subsequent complaints and slander against each other, around the capacity and compliance of security companies with the requirements and scope of the production qualities of Ukrahdobycha itself (the number of guards, their professional abilities, availability of special means, transport capabilities, etc.), the winner of the described tender for security services is LLC OK Harland with a fleet of vehicles in the amount of two. Think about it – VAZ NIVA 1979 release, red and VAZ NIVA 1990 release, beige. Together with the protective colors of the cars, the professional ability of the director of Harland to renew the company's fleet is striking, adding to the Soviet copy of 1979, an updated copy of the NIVI of 1990, provided that the authorized capital of the Security Company is 10,800.00. And the director of OK Harland LLC, Mr. Bashinsky, is looking for a job at work.ua with an average salary of UAH 8,000.00. Isn't everything so bad with the powerful Security Company – the winner of the tender for services in the amount of UAH 32,793,909.92? A rhetorical question immediately arises – where is Zin's money? Yes, everything is possible and bad for the direct executors of the service and their leaders of “Harland”, but not in the “Singai kingdom”.

Summing up the short investigation, we note that the journalists revealed many corruption schemes, the establishment of the necessary companies through the back offices, “kickbacks” on tender purchases, which for many years were supervised by Mr. shameful occurrence. Malpractice in office has allowed him to lead a life of luxury, which he brags about on every corner. ” width=”640″ height=”368″ /> 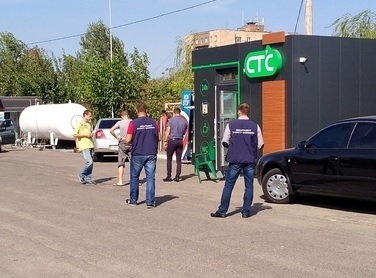 All this will be known very soon soon, in the following publications, we will talk about the property of Singayevsky in the Cherkasy region, namely, about the recreation center – “PERLYNA RESORT”, Cherkasy region, p. An ax on the bank of the Dnieper River in a luxurious city. Where the cheapest standard room starts from almost 2000 UAH. per night! Let's talk about interesting people who have a rest there, about the connection with the former party member Anton Kopylts, who is the head of legal entities that carry out business activities at the PERLYNA RESORT base, namely: Zhemchuzhina Resort LLC, Zhemchuzhina Club LLC and a network of gas stations stations of Oranzhgaz LLC, wholesale company for the sale of natural gas LLC SR +. This is, so to speak, a brief announcement of the following publications.