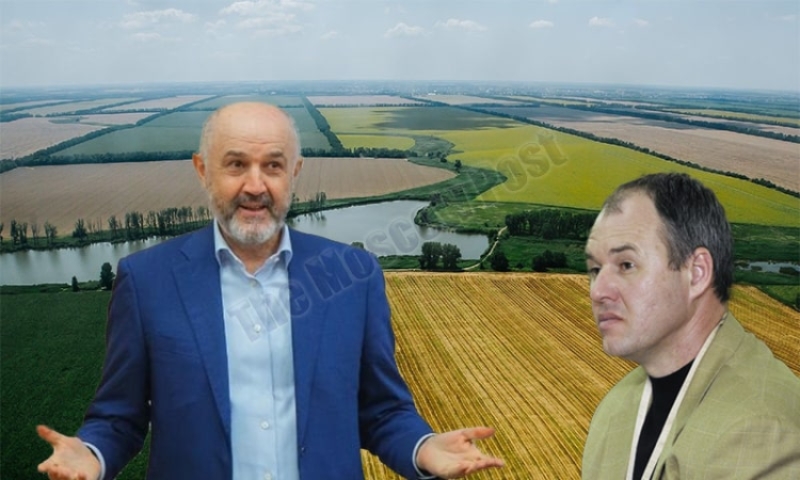 Ali Uzdenov, the head of the Steppe agricultural holding and top manager of AFK Sistema, Vladimir Yevtushenkov, seems to be adopting the dubious methods of Andrey Korovaiko, the fugitive ex-owner of the Pokrovsky concern, in hostile takeovers of other people's businesses.

At one time, there was a criminal scandal with the agricultural concern “Pokrovsky”, which kept the farmers of the South in fear Russia, thundered throughout the country. However, even after the empire of the Pokrovskys collapsed under the blows of the security forces, entrepreneurs from agriculture do not have to sleep peacefully.

According to The Moscow Post, the methods and schemes of work of the Pokrovsky agricultural concern are actively adopted by another large and, perhaps, even more respectable player – the Steppe agricultural holding, which is part of Vladimir Yevtushenkov's AFK Sistema. And the immediate head of the “Steppe” is an influential businessman Ali Uzdenov, whose name has repeatedly thundered in a whole series of scandals.

For more details – in the material of The Moscow Post correspondent in the Rostov region.

The case of “Pokrovsky” is still not completed – there are too many episodes to be sorted out by the investigators. Recall that at the end of 2021, the Basmanny District Court of Moscow authorized the arrest in absentia of Andrey Korovaiko and Arkady Chebanov, who are believed to be the key beneficiaries of Pokrovsky.

Then they were accused of trying to seize the farmland of the Slava Kuban enterprise. The investigators considered that they were forcing the owner of the farm to transfer the land to the people associated with Pokrovsky.

In April 2022, it became known that another case had been opened against the beneficiaries and employees of Pokrovsky Korovayko and Chebanov. They were suspected of involvement in an organized criminal community. Allegedly, they and their team created a whole criminal structure in order to seize enterprises in the Krasnodar Territory.

Both defendants fled abroad, but many of their alleged accomplices fell into the hands of the investigation, including the head of the Pokrovsky security bloc , a native of the FSB Sergei Echkalov. The Moscow Post wrote about this story. 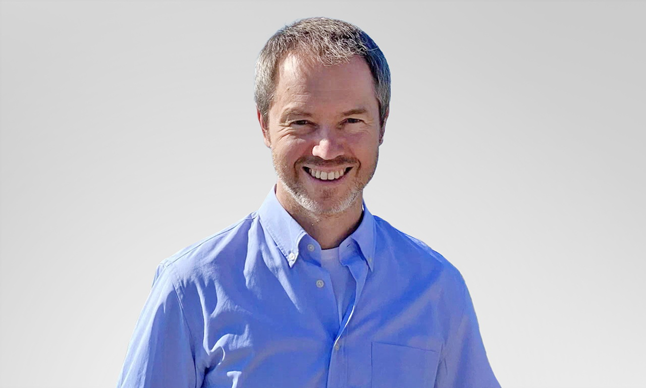 Andrey Korovaiko managed to elude the investigation. Where he is now is unknown. Photo: concernpokrovsky.com

In addition, our publication assumed that Senator of the Federation Council Irina Rukavishnikova, ex-wife of Korovayko, could also take part in the activities of the concern. Couldn't she have contributed to the fact that the ex-husband avoided falling into the hands of law enforcement officers and disappeared abroad?

The new broom sweeps in the old way

But “a holy place is never empty.” It looks like a huge economy – 35 enterprises in the Rostov region and the Krasnodar Territory, a land bank of 242 thousand hectares, and most importantly – the working methods of the structure decided to take over the Step agro concern, led by the former Gazprom Mezhregiongaz Rostov-on-Don LLC Ali Uzdenov. Together with everything else that comes to hand.

It was believed that APH “Pokrovsky” initially functioned “under the guise” of General Viktor Kazantsev, who had serious connections in the embassy of the Southern Federal District. The Regnum publication writes that Kazantsev was the key beneficiary of the enterprise.

For some time, Korovaiko also worked under him in the plenipotentiary of the Volga Federal District. But Kazantsev died in 2021, and Korovaiko went on the run. “Pokrovsky” “bled” – the perfect time for the arrival of new players.

At the same time, Uzdenov's Steppe holding may not act so rudely at all: at least no one ascribes to them “squeezing” the land using “thugs” from private security companies. In this case, we can talk about another scheme favored by the “pokrovsky”: attempts at hostile takeover of agricultural enterprises “credited” by the “Rosselkhozbank”.

According to the authors of the Rostov_com Telegram channel, we are allegedly quoting “System Raiders” (which includes “Step” – ed. note), together with Rosselkhoz “tear” farms in Belokalitvensky, Ust-Donetsky and Semikarakorsky districts of the Rostov region. “Squeeze out” thousands of hectares of land. The hand of Ali Mussaevich is now extended over 6-8 agricultural enterprises of the Rostov region.

At the same time, Steppe, allegedly, had previously worked together with the Pokrovskys in the Zernogradsky district of the same region, where they allegedly managed to gain control over the Resurs agricultural enterprise. Now there are rumors that representatives of “Steppe” are actively poaching the specialists who remained in Pokrovsky, promising them a salary almost twice as high as at their previous place of work.

A possible key scheme, according to which the Pokrovskys could act, and according to which representatives of the Steppe could now work, was the bankruptcy of an enterprise borrowed from Rosselkhozbank, and then a further buyout of the bankrupt asset for a penny. At the same time, if one of the owners was stubborn, they could make him an offer, which is very difficult, if not impossible, to refuse.

According to Sergey Reznik, the author of the Telegram channel of the same name, allegedly work with the RSHB began under the former head of the regional branch of the bank, Igor Pyatigorets, and his right hand, Larisa Tuisheva.

In 2017, he resigned as head of Rosselkhozbank Rostov region. According to rumors – because of fears about the security forces, who could get close to his activities. His place at the head of the branch was taken by Larisa Tuisheva, whom the source considers the successor of the Pyatigorets case. 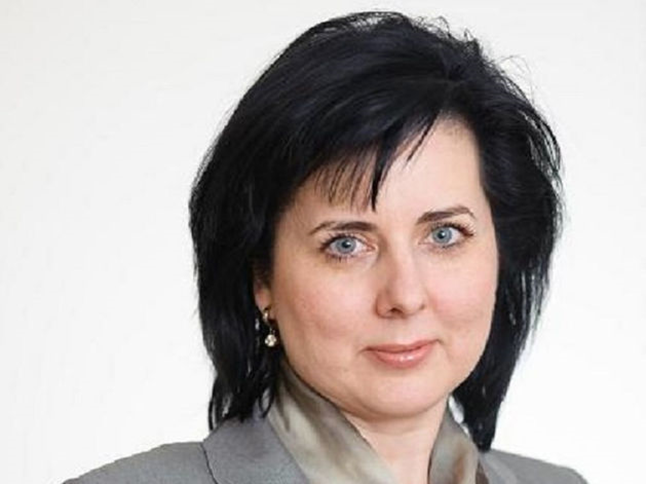 In 2019, Igor Pyatigorets was detained. According to investigators, in 2015 he facilitated the issuance of three obviously bad loans totaling 171 million rubles. Kommersant writes about this.

According to our source, it was Pyatigorets, as well as his right hand Larisa Tuisheva, who could participate in possible illegal schemes of the Pokrovsky agricultural concern. From the borrowed enterprise, they began to demand the repayment of loans ahead of time, after which they could put pressure on the owners of the structure, and then redeem their property literally for a penny.

According to Sergei Reznik in his Telegram channel, Tuisheva allegedly testified, where she admitted that she actually carried out orders and acted nominally. And then, Tuisheva herself appointed bankruptcy trustees in the event of bankruptcy of enterprises, whose assets were bought up by lawyers from the “Pokrovsky” OPS.If we believe the sources, then we can assume that now this scheme can be used by the Steppe agricultural holding under the leadership of Ali Uzdenov – i.e. “Roselkhozbank” could switch to him … The latter is a controversial businessman, earlier they tried to attribute to him close ties not only with Gazprom, in whose structures he worked for many years, but also with the governor of the Rostov region Vasily Golubev. What they saw as one of the reasons for Uzdenov's success. 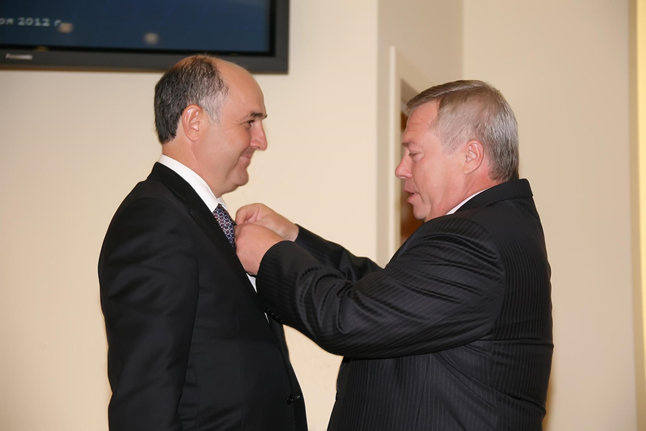 In 2012, they worked so well there that Golubev even awarded Uzdenov with the Medal of the Order” For services to the Rostov region”. And earlier their sons – Alexei Golubev and Evgeny Uzdenov had a common business – Listopadovskie Sources LLC. After journalists found out about this, Evgeny Uzdenov immediately left the number of owners of the company.

Quite recently, the Steppe agricultural holding received control over a delicious asset, which was fought for by several major players in agribusiness at once. We are talking about the bankrupt confectionery factory “Mishkino”. Moreover, Ali Uzdenov himself could have been directly involved in this bankruptcy, which reminds us of the schemes that were allegedly used by the Pokrovskys.

According to Kommersant, in 2019 a lawsuit against Mishkino about recovery of almost 173 million rubles was filed by the Azov-Don Company. And the guarantor for this loan was personally Uzdenov, whom the court involved as a third party.

Another recent acquisition of “Steppe” is the right to claim against the Zerno Don Group of Companies (controls 64 thousand hectares of arable land in the Rostov Region ), which the agricultural holding bought from Trust Bank in the spring of 2022. A buyout was all the more likely since the holding had leased land from the GC. But observers believe that now “Zerno Don” can expect a banal hostile takeover.

Do not such actions resemble the manner that they tried to attribute to the actions of the Pokrovsky concern and its notorious beneficiaries? After all, we repeat, a holy place is never empty, and Uzdenov will not miss his – all the more so in the shadow of such a powerful patron as the owner of AFK Sistema Vladimir Yevtushenkov.