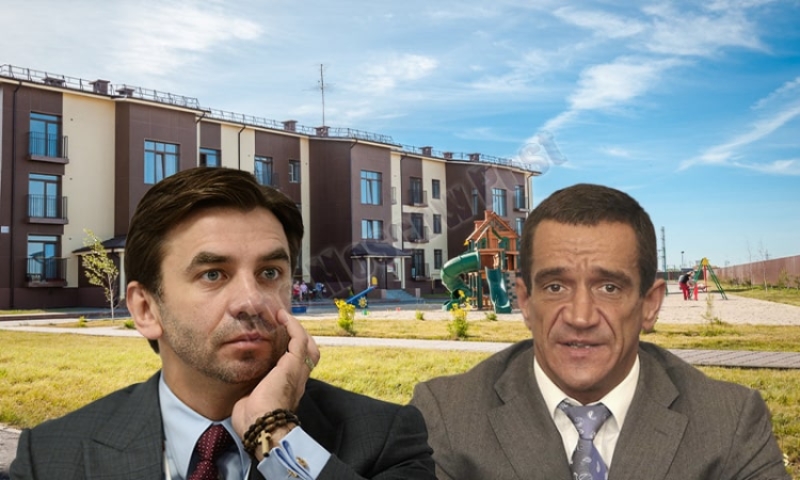 Money from the scam alleged against Mikhail Abyzov could be withdrawn through the development companies of his likely accomplice Nikolai Stepanov in Novosibirsk.

The reason was the appeal of the equity holders themselves: several houses are still not put into operation, although construction began more than 10 years ago. At the same time, the money invested by people in housing could “dissolve” in Russian and foreign companies that are associated with the case of the former Minister for Open Government Affairs Mikhail Abyzov.

Details – in the material of The Moscow Post correspondent in the Novosibirsk Region .

The developer of the microdistrict was OOO Affordable Housing Novosibirsk (DZhN). The project itself started in 2012. In 2014, the first stage was handed over. Information about delays appeared in 2017. The developer had problems even earlier – in 2015. After that, the equity holders said that from 2015 to 2017, almost no work was done on the spot.

Have you found a “switchman”?

The main character of the situation is the sole owner of the JN Vadim Varvyansky. Today he is in custody – he was arrested in August 2021. According to RBC, he is accused of malicious evasion from repayment of accounts payable on a large scale and abuse of power. But he can only be a pawn.

Now JN is in bankruptcy proceedings. The amount of creditors' claims against Varvyansky amounted to 502 million rubles. At the same time, an application was submitted for bringing to subsidiary liability in the amount of 2.167 million rubles. Varvyansky petitioned for the transfer of the case to Moscow, at the place of his registration, but the ex-developer was refused.

Varvyansky is one of the former top managers of the RUCOM group of the scandalous ex-head of the Ministry for Open Government Affairs Mikhail Abyzov. The latter has been in jail for several years on a series of serious charges.

He is charged with fraud and organized crime. According to the TFR, the structures of Mr. Abyzov sold several energy companies (among them, JSC Siberian Energy Company and JSC Regional Electric Networks) for 4 billion rubles. at a real cost of 186 million rubles. Mikhail Abyzov does not admit his guilt.

Five more people were arrested along with him, whom the TFR considers his accomplices. These are Nikolai Stepanov, Maxim Rusakov, Galina Fraydenberg, Alexander Pelipasov and Sergey Ilyichev.

And it is the first of them, Nikolai Stepanov, the former chairman of the board of directors of RUCOM, as it turned out, is directly related to the JN company and the situation with deceived equity holders. He was the sole owner of the company until 2016, after which he was replaced by Vadim Varvyansky.

That is, it happened after 2015 – just when the construction began to “slip”, and the money invested by people “evaporated “in an unknown direction. Apparently, Stepanov foresaw such a development of events, and in order to evade responsibility, he could put Varvyansky as the owner in his place, promising him to resolve the financial issue and complete the project.

However, both fell into the hands of the investigation. But no one charged Nikolai Stepanov with the situation with equity holders, as if he had nothing to do with it.

Stepanov was detained in the same 2019 as Abyzov . Previously, Stepanov worked at OAO Chitaenergo. It was Mikhail Abyzov who invited him to Moscow – apparently, subsequently, the skills of Stepanov's work in the energy sector turned out to be useful in the planned scam.

However, that was back in 2003. Stepanov began to work in the Russian utility systems, where Abyzov was the chairman of the board of directors. In the 1910s, under Abyzov the Minister and under the company RUCOM, Stepanov actively engaged in development, although he had nothing to do with this area before.

In addition to DNZh, he was the owner of other similar structures in Novosibirsk – Jet LLC, Comfort House LLC, Riva Center LLC, Stroitel Management LLC, Aquamarine LLC. In total, he established 24 legal entities, many of which have signs of fictitiousness. Most of them resemble capsules for transferring money.

OOO Comfortny Dom, where Stepanov has a 100% stake, has an authorized capital of 40 million (!) Rubles. At the same time, no one officially works in the company, the revenue for 2021 is less than 1 million rubles, the loss is almost 20 million rubles. But in 2020, the structure received 405 million rubles of net profit with 461 million rubles of revenue. Where did this money go? 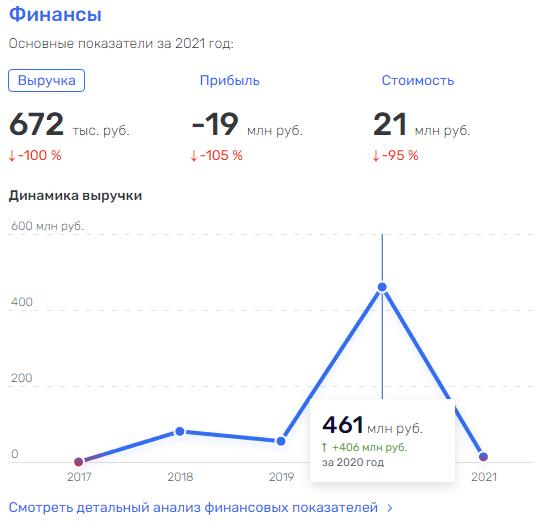 At the same time, in the past, the company was a defendant in administrative proceedings at the FAS Office for the Novosibirsk Region. Their details are not given.

Another example is Jet LLC, which built Jet apartments on the street. Railway in Novosibirsk. A similar situation: 40 million rubles of authorized capital in the absence of employees. But, according to the results of 2021, the company received 36 million rubles, having a revenue of less than 0.5 million. they just pumped money into it. Where did the “firewood” come from?

And in 2018, she made a profit of 130 million rubles – almost six times more than a year earlier (20 million rubles). Similar oddities can be found in almost all organizations where Mr. Stepanov acted as the founder. Aquamarine LLC, with an authorized capital of 25 million rubles, has only one employee, and so on.

Five key legal entities associated with Stepanov are united by one person – their CEO Evgeny Alexandrovich Litvinov. He himself is the founder of nine legal entities, each of which looks like a “dummy” and has already been liquidated. ” loading=”lazy” title=”Abyzov millions “buried” in Novomarusino?” type=”image/jpeg” alt=”Abyzov's millions “buried” in Novomarusino?” />

And let the conclusions can be made only by the investigation and the court, assumptions suggest themselves. In all likelihood, the money received as a result of the likely scams of Mikhail Abyzov's team could have been withdrawn to Stepanov's development companies.

And now, when both Stepanov and Abyzov are “resting” in a pre-trial detention center, it is necessary to hide the ends in the water, bankrupt structures associated with Stepanov, having previously withdrawn funds from them. Is this what Mr. Litvinov is doing?

And the construction is still there

As for the long-suffering residential complex “Novomarusino”, fortunately for several families, some of the houses were nevertheless handed over, people were able to move into them. But with difficulty. One of the deceived equity holders who had to move in “with a fight” shared his impressions with The Moscow Post.

Fraudulent real estate investor Sergey: “They started looking closely at Novomarusino in 2015. There was a powerful advertising campaign for the residential complex all over the city, on radio, on television. They doubted for a long time, but then they found out that the Novosibirsk mayor’s office also decided to invest in construction. We thought – well probably they won’t throw the mayor’s office.

But for two years, activity at the construction site first fell, and then completely stopped. The girls-managers assured that these were temporary difficulties with the supply of materials, but the deadlines for the completion of the house would not be shifted. Then other speeches began that the deadlines would still have to be postponed, first for a month, then for six months. We were still lucky – the house in which we were to move in was almost ready and it only remained to receive documents for its commissioning. About two months of constant scandals and hassles with documents, “breakfasts” from the company, and in the end we managed to “enter” the apartment.

Some of the equity holders eventually received compensation. Sergey – absolutely penny.And some could not even get it – one of the deceived real estate investors died, because of the hassle associated with the apartment deception, her heart could not stand it. 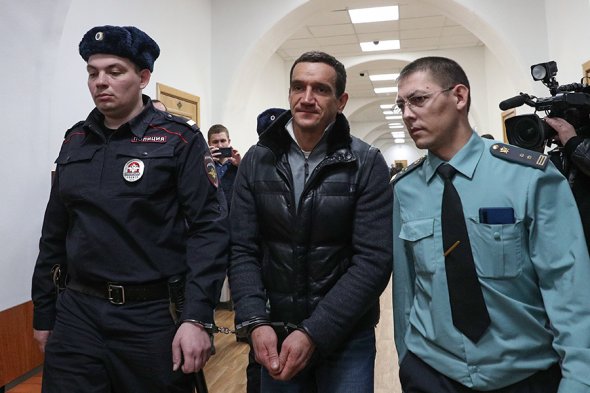 Should Nikolay Stepanov be responsible for the situation with equity holders of Novomarusino residential complex? Photo: Andrei Lyubimov/RBC They cost the budget 200 million rubles. Subsequently, the officials who signed a contract with the DZhN, namely the head of the housing department of the mayor's office Denis Kovalev and his predecessor Dmitry Rybalko, were suspected of exceeding their official powers. This is written by the network edition “NGS.NOVOSTI”.

If you put everything together, we can assume that they deceived the local officials, no matter how anyone treats them. Stepanov, along with Abyzov, will have to answer before the law for other cases, but for Novomarusino, most likely, the “switchman” will be called to account.